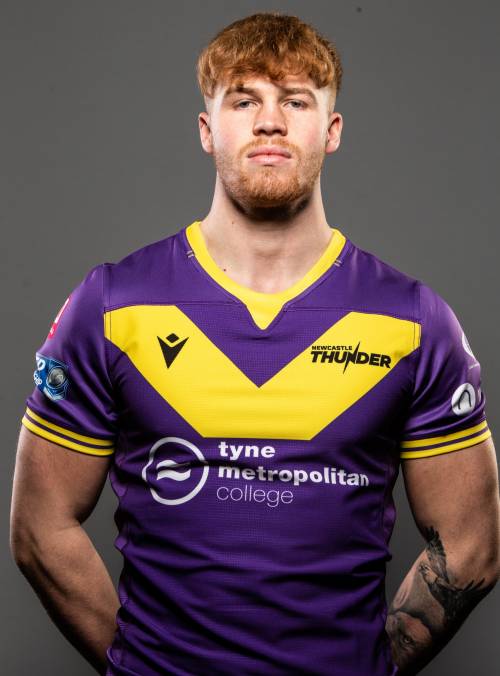 A product of community club Cramlington Rockets and part of the club’s academy structures since U15s level, Nathan is part of the same cohort as Alex Donaghy and Isaac Nokes and has impressed throughout his time in the junior grades.

Playing at back-row or middle, the 19-year-old is a high energy player whose foot speed and agility compliments his hard running carrying game.

Representing England at U16 level, Nathan became the youngest player to date to feature for the first team after taking to the field against Whitehaven in February 2019 for a pre-season friendly, aged just 16.

Named in the extended squad ahead of the home games against Sheffield and Batley in 2021, unfortunately timed injuries prevented him from making his Championship breakthrough last season.

Combining his new deal with studies at Northumbria University, the rising talent made his competitive first team debut in March in the 22-24 win over Dewsbury Rams.

Impressing with his performance, he has gone on to make four appearances by the half way stage  of the 2022 campaign