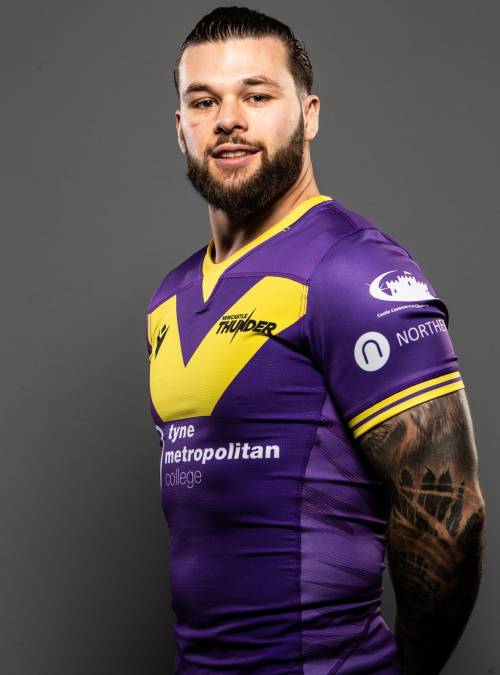 Highly-rated forward Alex Foster moves to Newcastle Thunder from Betfred Challenge Cup finalists Castleford Tigers for 2022, bringing with him a wealth of experience in the top flight.

With 130 career games under his belt "Fozzy" has over 80 Super League appearances to his name, having made his professional debut with Leeds Rhinos back in 2013.

He also has plenty of insight to the Betfred Championship, playing in the competition in 2015 with Featherstone Rovers and 2016 with London Broncos.

Joining Castleford in 2017, he has shown fearlessness, adaptability and dynamism during his time at the Mend-a-Hose Jungle, and played a big part in the club reaching both the Challenge Cup Final and Super League Grand Final in 2017, as well as lifting that season’s League Leaders’ Shield.

A versatile player who can also feature at loose forward and centre, it is in the back-row that he expected to feature most for Thunder.