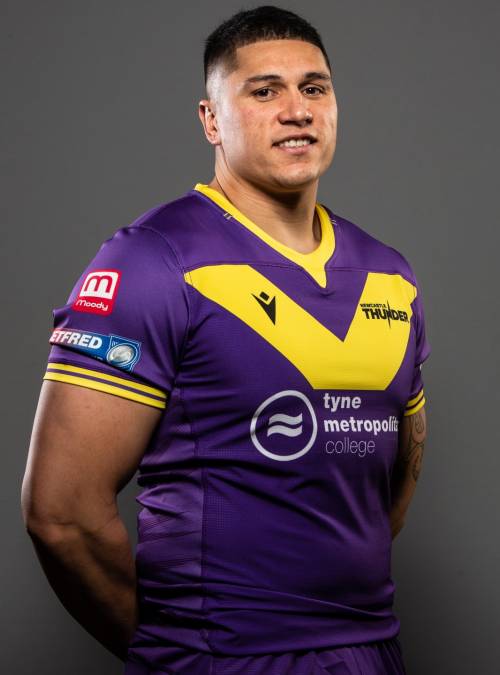 Featuring twice for Thunder whilst on loan last season, Mitch has made a permanent switch to Kingston Park Stadium.

Making quite the impression, he brought a hard-carrying physicality to the field in the wins over Swinton Lions and Oldham RLFC.

Born in Pontefract, Mitch is of the son of former Bradford player Trevor Clark and has plenty of pedigree on his playing CV.

Playing Toyota Cup and Holden Cup level for Penrith Panthers, Clark cut his teeth in the Betfred Championship with Doncaster, Bradford and Hull KR, before making his move into Super League.

Signing for Castleford on a two-year deal, Mitch made a total of 24 appearances for the club and bolstered these with games further games in the second tier for Featherstone Rovers and Halifax.

Agreeing a three-year deal with the Warriors that commenced in 2020, he made nine of his 16 Super League appearances for the club in that first year, as Wigan secured their first league-leaders shield in eight years.

With opportunities proving limited at the DW Stadium in 2021, Mitch agreed to a release from the final year of his deal allowing Thunder to strike and bring him back to the North East.