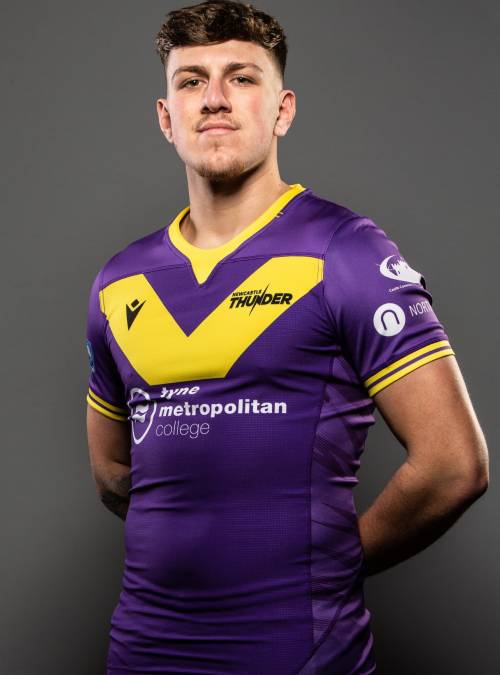 A product of Bradford’s academy, Brad has performed excellently in the junior grades and made his senior debut for the Bulls in 2019.

Signing a two-year deal with the club in 2020 after impressing coach John Kear in his initial outings, he made a total of 12 appearances for his hometown club.

The last of these came in July as he lined up in a squad that threatened to derail the Featherstone Rovers juggernaut at Odsal, losing out by just a solitary converted try after 80mins.

Following limited opportunities over the second half of the season, it was announced in October that club and player had decided to part ways, with Thunder moving to bring the 21-year-old to the North East.

An aggressive and strong ball carrier, Brad offers a physical presence and versatility with his ability to play in the middles.