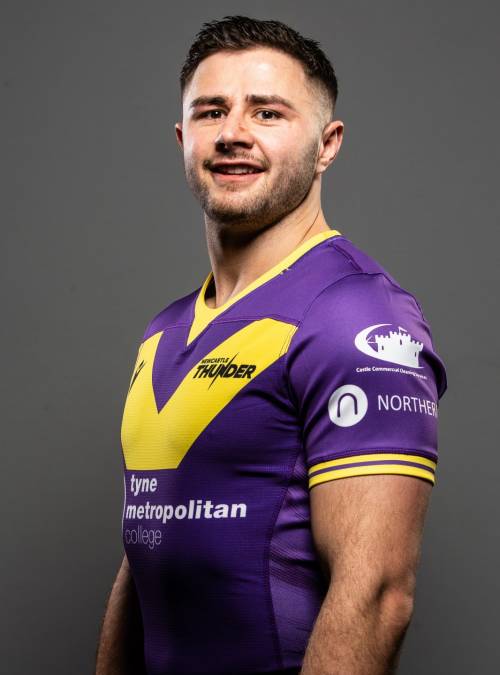 Arriving in 2021 after an aborted move to Ottawa Aces, “JJ” proved to be the free-scoring winger his reputation portrays, with 12 tries in eighteen appearances for Thunder, including a hat-trick away against Dewsbury in August 2’1.

His penchant for a stylish finish was evident through the season, with plenty of diving scores in the corner as a result of excellent combining with his team mates.

As well as getting plenty of ink on the score sheet, Jack also went looking for work with his fleet-footwork and acceleration allowing him to break opposition defences regularly.

A product of the youth setup at Warrington Wolves, Johnson made 18 Betfred Super League appearances for the Wire and an additional three top-flight games on loan at Widnes Vikings.

He also played a key role for Featherstone in their run to the promotion play-offs in 2019 and for Widnes in their strong start to the 2020 season.

Find out more about the flying winger here, with his instalment of Thunder TV's Getting to Know.