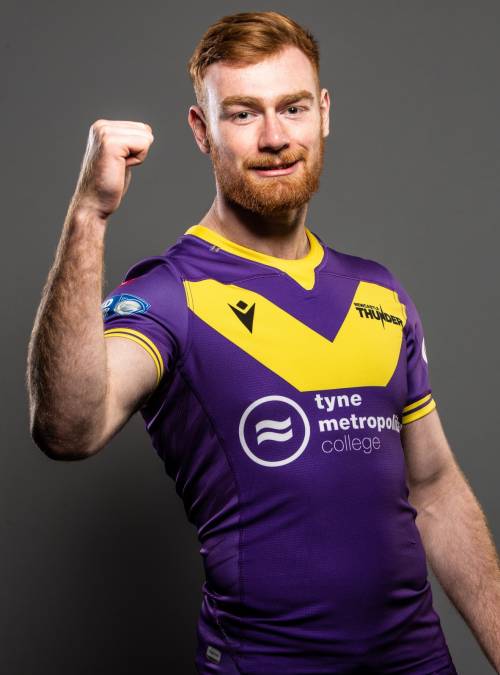 The first player ever to feature at all levels of Thunder’s academy, Alex made his first team debut back in 2019 in a pre-season friendly against Wakefield.

He made his first competitive starts in the Challenge Cup wins over Keighley Cougars and Siddal ARLFC in 2020 and was promoted to the first team for 2021.

The 20-year-old made nine Betfred Championship appearances at fullback as he seized the opportunities afford him by Denis Betts and Eamon O’Carrol.

An intelligent play-maker, Alex’s first encounter with rugby league came when he found a flyer for a half-term coaching camp with Cramlington Rockets.

That lead to his enrolment onto the club’s scholarship programme and the start of a journey that has now led to a first-team status.

A player who is blessed with a strong running game and high levels of skill with the ball in hand, Alex’s talent has also seen him involved at England Youth level.