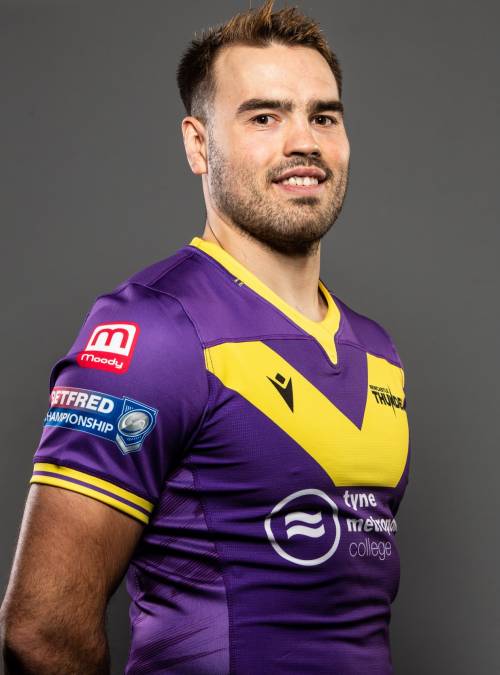 Joining the club ahead of its Betfred Championship return, Ted arrived on Tyneside after his and twin brother Jay’s planned move to Ottawa Aces fell afoul of the Covid 19 pandemic.

Featuring in 19 matches, Ted crossed for tries against Halifax and Dewsbury

A product of the Widnes Vikings academy, Ted joined the Vikings along with his brother as a scholar in 2011 from West Bank Bears, as they began representing the team they grew up supporting.

While progressing through the Vikings Academy Ted represented England U18s against Australia, before making his debut for the club in a 2016 Super League clash away to Castleford Tigers.

Ted spent most of the 2015 and 2016 seasons with Whitehaven, before becoming a permanent fixture in the Vikings first-team. Making a total of 60 appearances as of the end of 2020, including 22 matches in Super League.