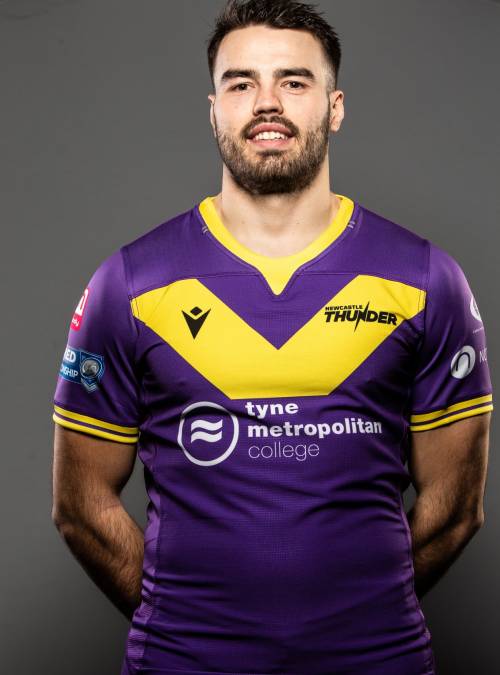 Joining the club ahead of its Betfred Championship return, Jay arrived on Tyneside after his and twin brother Ted’s planned move to Ottawa Aces fell afoul of the Covid 19 pandemic.

Featuring in 16 matches, Jay got on the score sheet in the early season win over Sheffield Eagles.

A product of the Widnes Vikings academy, he joined that club back in 2011 as a scholar and progressed through its academy all the way to Super League.

Making his debut in 2015 against Leigh Centurions, during the Super 8s competition that season, spells on dual registration with Whitehaven in 2015 and 2016 came before going on to cement his place in the Vikings first-team.

Appearing a total of 46 times in Super League, Jay remained committed to the Vikings through relegation and administration before moving on at the end of 2020 having made 81 appearances.