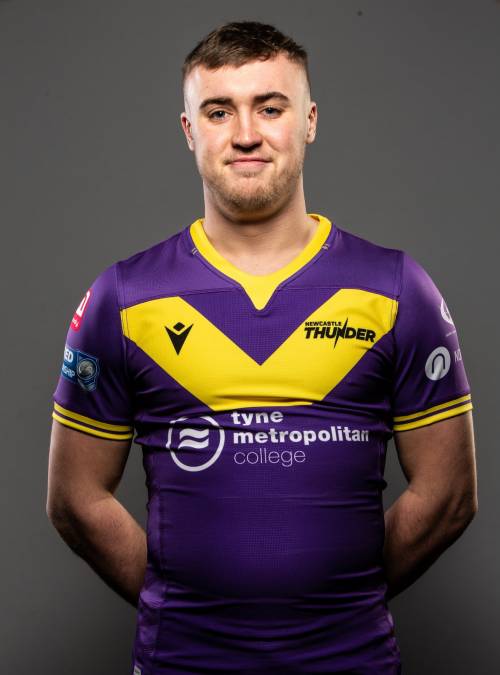 After spending 2021 on-loan at Kingston Park Stadium, Connor Bailey has made a permanent switch to the north east from Wakefield Trinity.

Aiming to secure regular game time last season, it was an objective Connor achieved by making 18 appearances for the club.

Arriving as a half-back, it was in the back row where he played most of his rugby in his first year for Thunder, scoring four tries as he proved to have an eye for a lethal supporting line.

Taking up the sport with Shaw Cross, Connor rose through the youth ranks at Belle Vue before signing professional terms with Wakefield in 2019.

Having caught the eye at U19s and reserve grade, he made his Super League debut back in September 2020 against Hull FC and made five appearances for Trinity up to November that year.

Impressing with a well-rounded skill set and all-round game, his versatility was demonstrated as he impressed equally while pressed into service in his half-back position, most noticeably away to Halifax Panthers.

After enjoying his experiences in the North East in 2021, Connor is now looking forward to continuing as an out-and-out Thunder player.