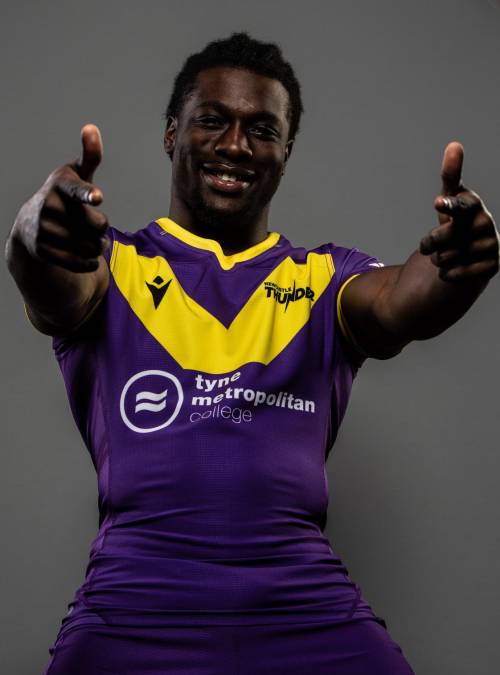 Gideon Boafo has made the switch to Newcastle Thunder for the 2022 season as he looks to continue his progression in a full-time environment.

The 22-year-old from London is an exciting talent who is highly regarded for his speed and has developed strongly whilst part of the London Broncos set up in recent years.

First getting into rugby league from watching his brother play, Boafo’s first steps in the game were with community club Croydon Hurricanes, before joining with the Broncos.

Making his first-team debut in 2021 the winger proved prolific, featuring in 13 games and starting nine across the Betfred Championship and Challenge Cup.

Scoring 16 tries in total, including a brace against his new club, Gideon is set to give Thunder additional extra strike in an exciting back line.