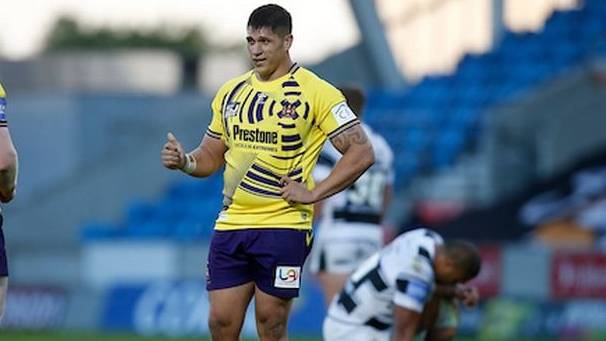 Newcastle Thunder have secured the services of experienced Wigan Warriors prop Mitch Clark for an initial two-week spell as he joins on loan from the DW Stadium.

Born in Pontefract whilst his father Trevor was playing for Bradford Northern, Clark is a player with plenty of calibre, having played Toyota Cup and Holden Cup level for Penrith Panthers and cut his teeth in the Betfred Championship in the UK, before making his move into Super League.

Signing for Castleford on a two-year deal, Clark made a total of 24 appearances for the club and bolstered these with games for Featherstone Rovers and Halifax in the Betfred Championship.

Agreeing a three-year deal with the Warriors that commenced in 2020, he has made 11 appearances in the top division, including nine last season as the Warriors secured their first league-leaders shield since 2012.

In total, Clark will bring over 100 UK games worth of experience to Thunder during his loan and joins fellow Cherry and White Sam Halsall at Thunder, as links between the Super League side and the Tynesiders continue to strengthen.

Director of rugby Denis Betts said: “Mitch is the latest player to come to us from Wigan and this is something that we have been working on to give them the opportunity to offer game time to members of their squad and give us access to Super League players and drive competition and standards here at Thunder.

“Mitch will be a good asset for us whilst we have him at the club and I’m looking forward to working with him.”