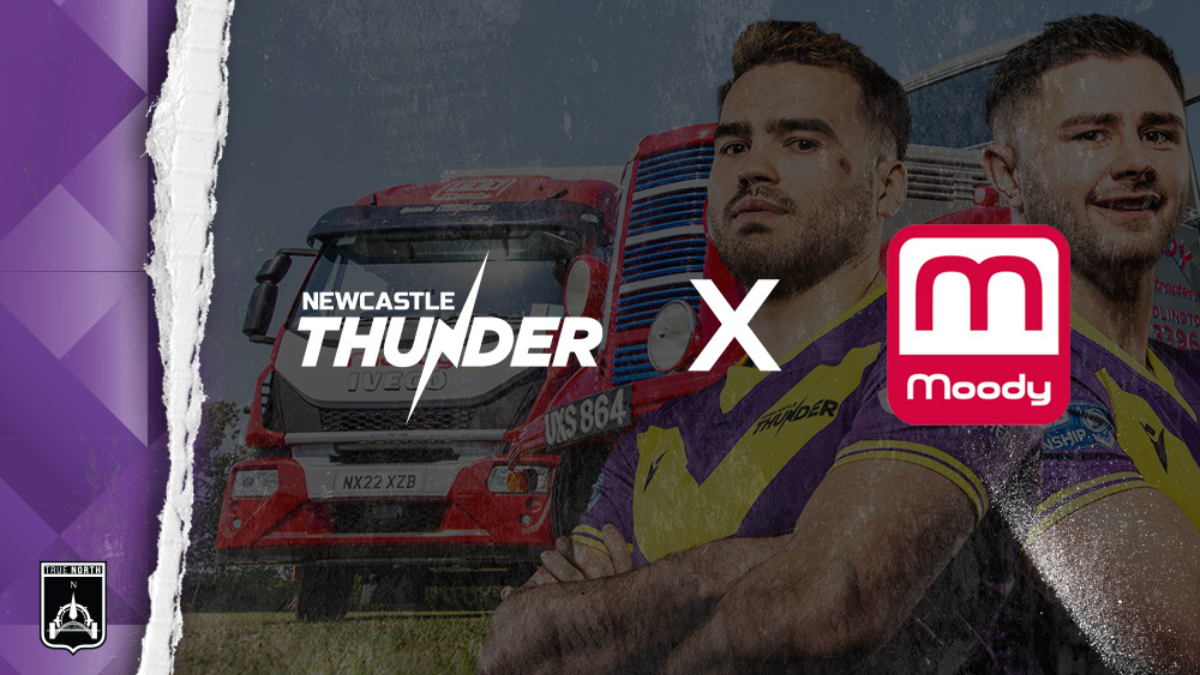 Cramlington-based Moody Logistics and Storage has reaffirmed its commitment to North East rugby league by continuing its sponsorship of Newcastle Thunder.

The family-run company, which specialises in pallet delivery, contract logistics, general haulage and container delivery across the UK, has been in partnership with the Betfred Championship club since 2018, when the club was in the third tier of English rugby league.

Fast forward to 2023 and the relationship is as strong as ever with Moody’s playing a key role in the development of sport in the region, exemplified by the introduction of the Moody Cup Festival.

The festival is the largest of its type in North East rugby league, with over 1,000 players taking part, making for a great occasion at Kingston Park.

Having pledged their backing for the 2023 season, Moody Logistics branding will feature on the front and centre of the team’s home and away shirts.

Jordan Robinson, General Manager of Newcastle Thunder, said: “We are really pleased to have Moody Logistics back on board for 2023, which we are hoping for a great season under new head coach Chris Thorman.

“Moody have been a great partner to Thunder over the years and we’re delighted that they will be continuing this journey with us.

“This season we’ll be bringing back the much-anticipated Moody Logistics Cup. Teams from all over, join us at Kingston Park for an action-packed festival of rugby league, with hundreds of juniors getting involved.

“It really is one of our highlights for the year and we’re excited to see what this year’s festival brings.”

Richard Moody, Operations Director at Moody Logistics and Storage, said: “We’re thrilled to be sponsoring Newcastle Thunder again this season and wish them every success as a growing professional rugby league club.

“As a business that supports local endeavours, it’s great that Moody’s can partner with the club to encourage grassroot sports including the Moody Cup held at Kingston Park, which continues to grow in stature every year.”