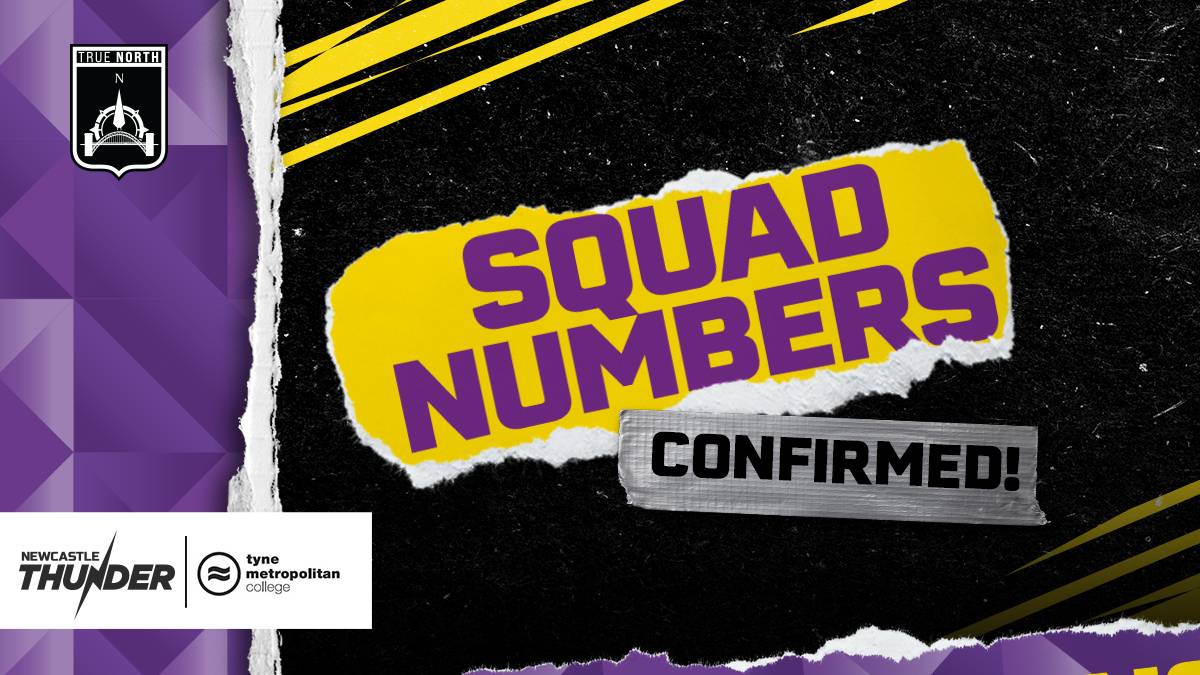 With an influx of players joining the squad and a number leaving, it comes as no surprise that only three players from the 2022 squad have retained their squad numbers for the upcoming season.

Unlucky for some Connor Bailey will wear number 13 and former academy player Nathan Clemmitt moves to 19.

The three university signings in Evan Lawther, Max Flanagan and Mac Walsh all wear 21, 25, and 26 respectively, with loanees Connor Moore and Daniel Okoro completing the squad wearing 23 and 24.

There are still a number of players who require sponsorships for the 2023 season. If you’re interested in a unique way to advertise your business, please email jordan.robinson@newcastle-thunder.co.uk.