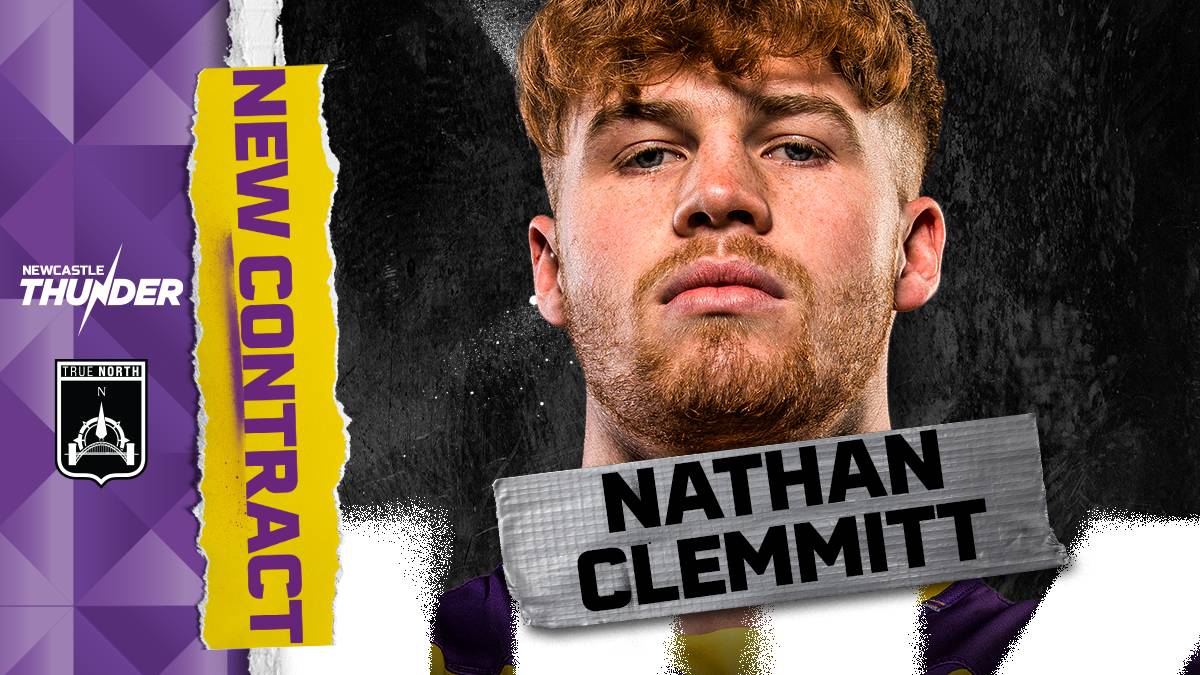 Nathan Clemmitt will join the roster of players staying at the club as Chris Thorman continues to build his Newcastle Thunder squad ahead of the new campaign.

Clemmitt who graduated from Thunders’ academy into the first team last year will stay with the club after signing a one-year extension.

Having been heavily involved in the club’s academy structures since U15s level and representing England in the U16 set up, the back row went on to make six appearances in his debut season as a member of the first team.

Speaking on the extension, Clemmitt said: “I’m really looking forward to the coming season and getting back out there with the boys. I’m looking to play as many games as possible and get some more first-team experience under my belt.”

Playing at back-row or middle, the 19-year-old is a high energy player whose foot speed and agility compliments his hard running carrying game.

Keith Christie, Newcastle Thunder chair had previously commented on player retentions saying: “It’s naturally been a turbulent time for a lot of the lads over the last few months, but we’re delighted to have been able to retain some of the great talent from last year.

“This is a really great opportunity for us to reset, rebuild and ensure we build solid foundations for Thunder moving forward. This is about solidifying the future of rugby league in the north east and ensuring we do everything we can to grow the sport and create a platform for our players for years to come.

“I’m personally very pleased that some of the lads from last year will be around to be part of that and as a club we want to thank them for their ongoing commitment to Newcastle Thunder.”

Season tickets for this year’s Betfred Championship campaign are now on sale from just £99 per adult and £10 per U16 and are available to purchase here.