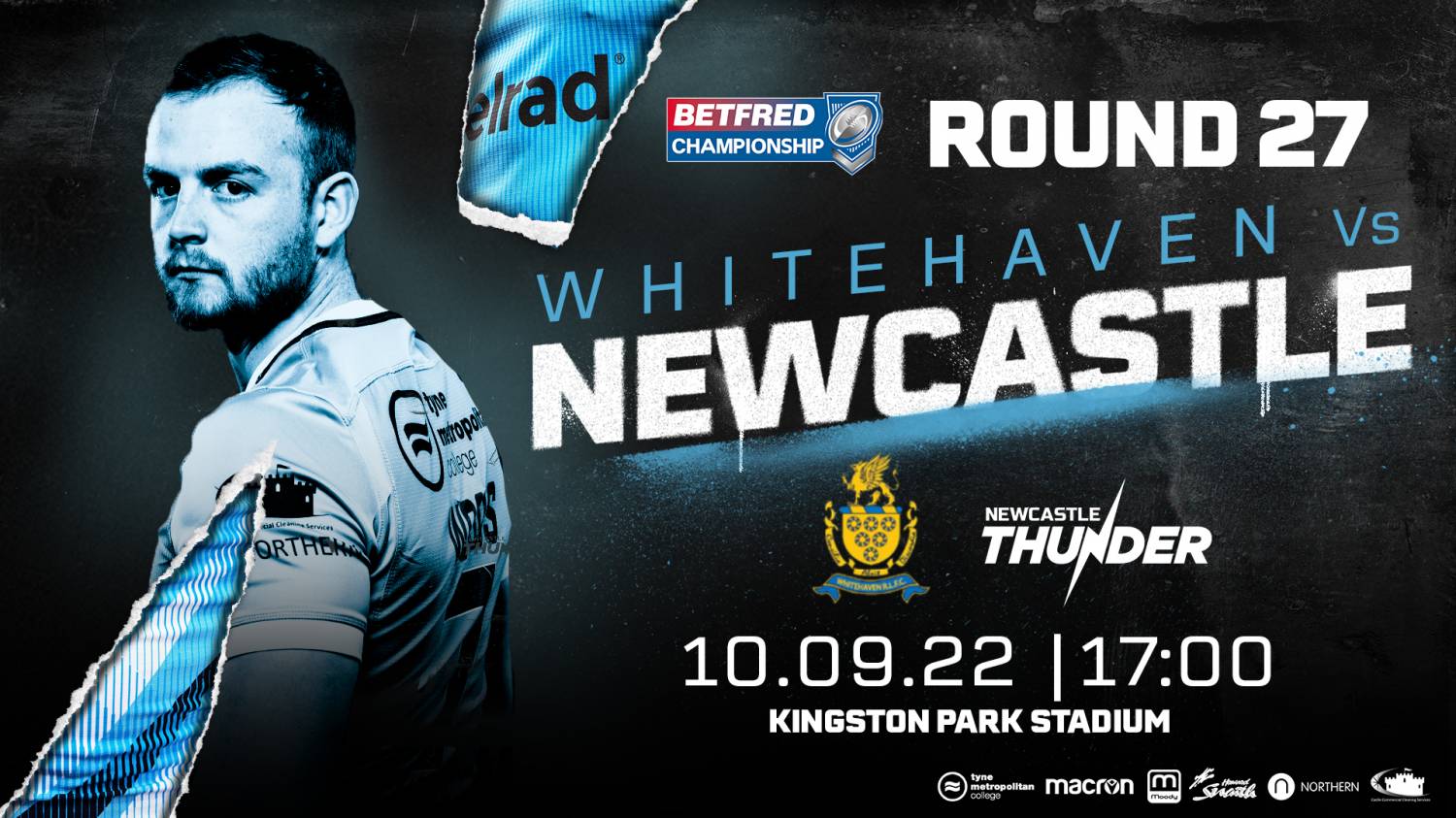 No changes for Thunder ahead of final game of 2022 season

Mitch Clark is in line to make his 150th career appearance this weekend, as the prop forward retains his place in Newcastle Thunder’s 20-man squad for this weekend’s Betfred Championship trip to Whitehaven.

For the first time in 2022, Thunder have been able to name the same preliminary squad two weeks in a row, with no changes to that named ahead of last week’s final home game against York City Knights.

Thunder travel to West Cumbria in search of a first-ever win over Whitehaven, with their best previous result coming with a 12-all draw back in 2019.

The two sides met early in 2022 at Kingston Park, where Thunder turned on the style with a dominant second-half display securing an impressive 40-24 win.