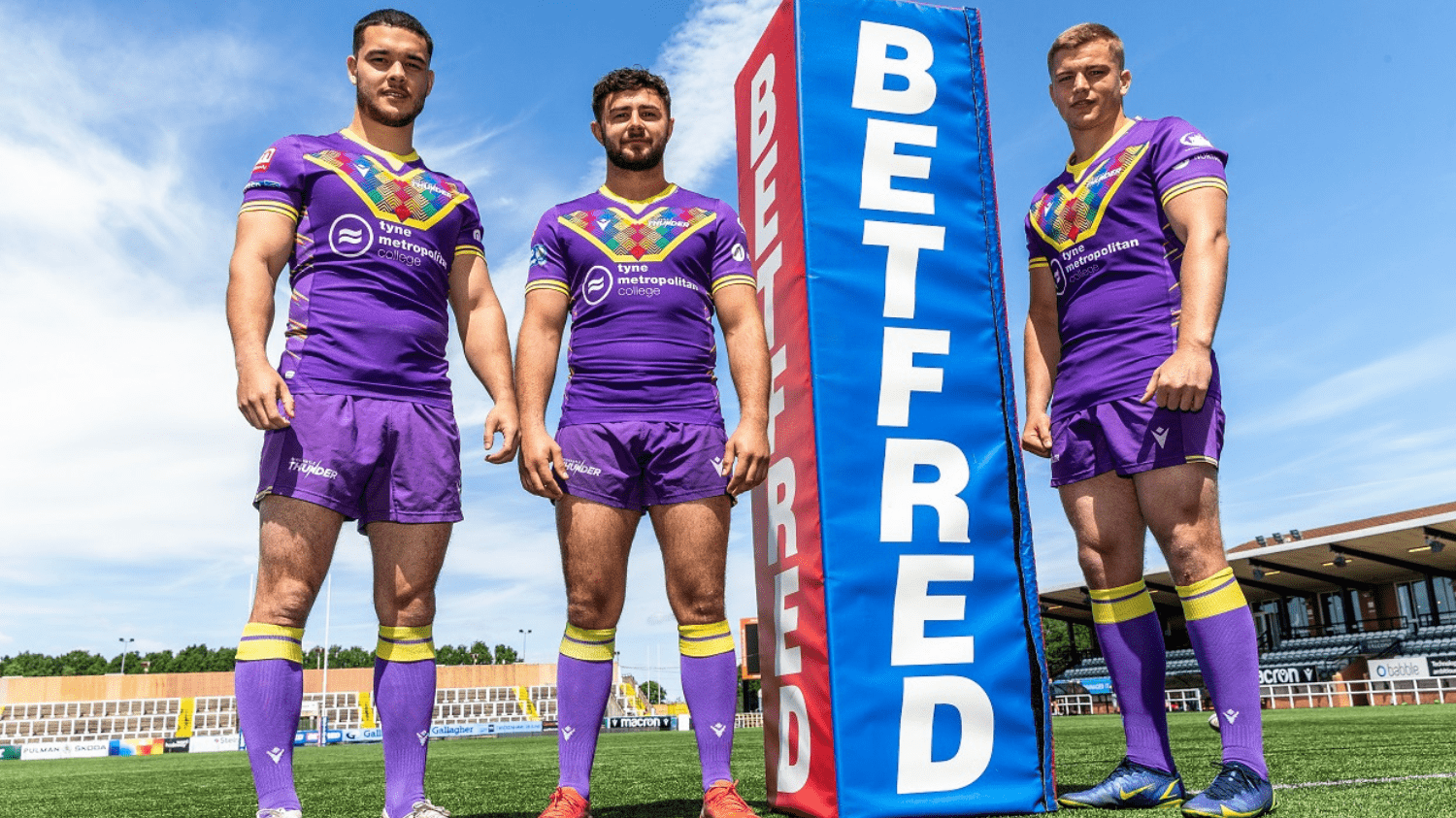 Magic Friday is just three days away and fans attending the blockbuster Betfred Championship clash with Bradford Bulls can look forward to a full evening of entertainment on and off the field.

This year the now traditional curtain-raiser to the Betfred Super League Magic Weekend at St James’ Park will support Northern Pride and is set to be the biggest and best yet with Pride Radio on-site to build the atmosphere in the run up to kick-off.

In addition, the community teams from Tyne & Wear Fire & Rescue and Northumbria Police will also be in attendance, with branded vehicles on display and community engagement activity running throughout the event.

There will also be an array of food and drink on offer, including a BBQ in the South West corner of the stadium.

Gates will open to spectators from 18:00, with plenty to enjoy before the on-field action begins at 19:45. There will also be a bolster raffle pre-match with the winners announced at half time, offering the chance to win signed merchandise from Newcastle Thunder and Newcastle Falcons, the opportunity to bag a table for 4 in hospitality at another game this season and several opportunities to win tickets to the Pride Festival two weeks later.

For dyed-in-the-wool Thunder fans, the pre-match focus will be in the West Stand, where the club’s inaugural Hall of Fame dinner will see four legendary faces from Thunder team’s past inducted into the honour roll. This event is a ticket only and includes a two-course meal, for more details or to book a place, contact the Newcastle Rugby Foundation by emailing jessica.eaton@newcastle-falcons.co.uk.

As the countdown to kick-off continues, fans are encouraged to make their way to their chosen seat or standing spot in plenty of time as Wor Flags put on an enhanced display as the teams take to the field.

The renowned Newcastle United fans group joined Thunder ahead of the Monday Night Rugby game against Widnes for a Thunder display and will be back for Magic Friday, with an added Pride element as the club demonstrates its commitment to inclusion and diversity.

At half-time, the club’s popular Thunderbolt challenge will take place and pit a member of the crowd against one of the Thunder first-team players in a dash the length of the Kingston Park pitches alongside Northern Pride and Newcastle Falcons mascots Alex and Flash.

Following what should be a thrilling 80 minutes of rugby, the west stand concourse will be where fans head to continue the party, with Bobby’s Bar’s ‘Bobby’s Dazzlers’ providing DJ’s, music and the Thunder man of the match celebration. The wheel of fortune will also be back giving fans the chance to bag some great drinks deals.

As events conclude at the ground, the city centre venue will become the official after party destination for fans, players and staff who want to extend the night into the wee small hours.

You can purchase your tickets to the game HERE.