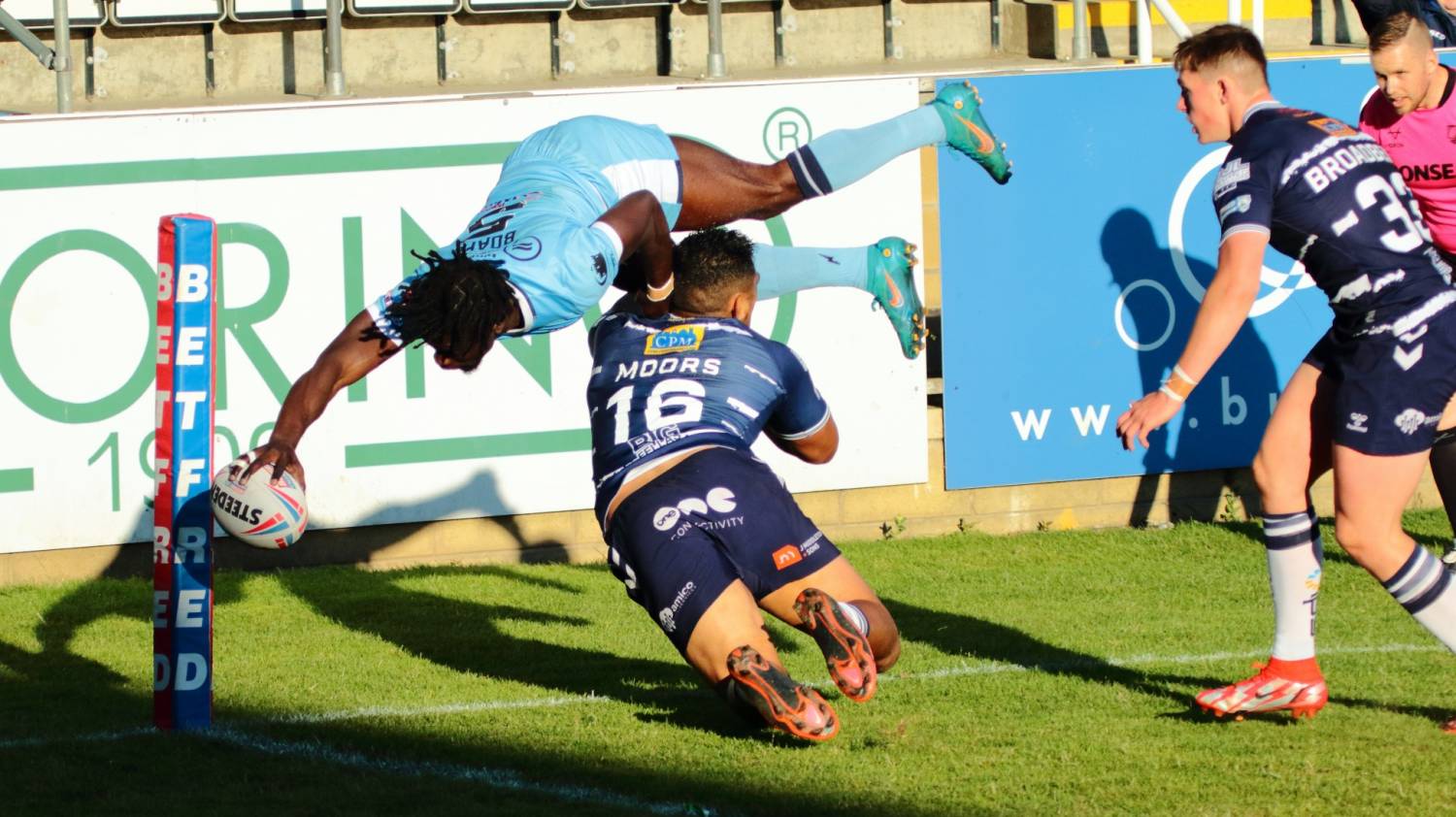 A brutal opening saw Newcastle Thunder hit for six on Saturday evening, as Featherstone Rovers got off to a lightning start as they scored six tries without reply in the opening 20 minutes.

Thunder refused to go away and made it a far more even match as they started to find the form in attack but were ultimately undone by that early blitz as Brian McDermott's side put recent loses behind them.

After matching each other in the opening sets, the hosts struck first as Thunder gave up possession deep in their own half as they attempted to force a pass whilst trying to play their way downfield.

Scooping up the loose ball, an attack at pace caused the Thunder defence to detach from each other and created the space for Mark Kheirallah to cut back inside for his team’s opening converted score.

From here it was one-way traffic as Featherstone got a roll-on and seized the opportunities that came their way.

Back-to-back tries from Morgan Smith and newly-signed Jack Broadbent saw the hosts breakthrough early in the tackle count before feeding the scorer for a simple try,

Joey Leilua and Jack Bussey scored either side of Broadbent’s second to keep the hosts motoring, with three missed conversions keeping the Rovers from getting beyond a scoring rate of two points a minute.

Losing Mitch Clark to a sin-bin for a late hit caused further frustrations for the visitors but that was soon lifted as they worked their first try from their first meaningful attack of the game.

Jack Johnson was the man to cross before Thunder were in again just a minute later as fullback Craig Mullen gathered a ball knocked loose in the tackle close to the line to cross under the posts.

A late try for Junior Moors extended some breathing space for the hosts, but Thunder’s fightback continued after the break with the opening score.

After his powerful carry laid the platform for Mullen, Josh Eaves gathered a superb offload from the returning Clark before backing himself and scooting through a gap.

Applying some serious pressure on Featherstone, a miscued attempt from Thunder to chip a kick through as they completed a set on the Rovers line allowed the hosts to stem the flow with a breakaway try.

Thunder successfully chased back to shut down the initial escape, but with no defence set, numbers out wide completed the walk-in.

An acrobatic finish from Gideon Boafo gave Thunder hope with half an hour remaining as the lightning-fast winger ensured Eaves decision to attempt a powerplay at the end of a set was the correct one, but unfortunately it was as close as Thunder got.

The momentum began to sway back the way of the hosts when the former London Bronco was denied a second try as he was forced into touch in the act of scoring before another pair of tries for Broadbent and a single score for Connor Jones eased the Rovers away.

Thunder now face a big week in training ahead of the club’s biggest game of the season this Friday in the now-traditional Magic Weekend curtain-raiser at Kingston Park against Bradford Bulls.