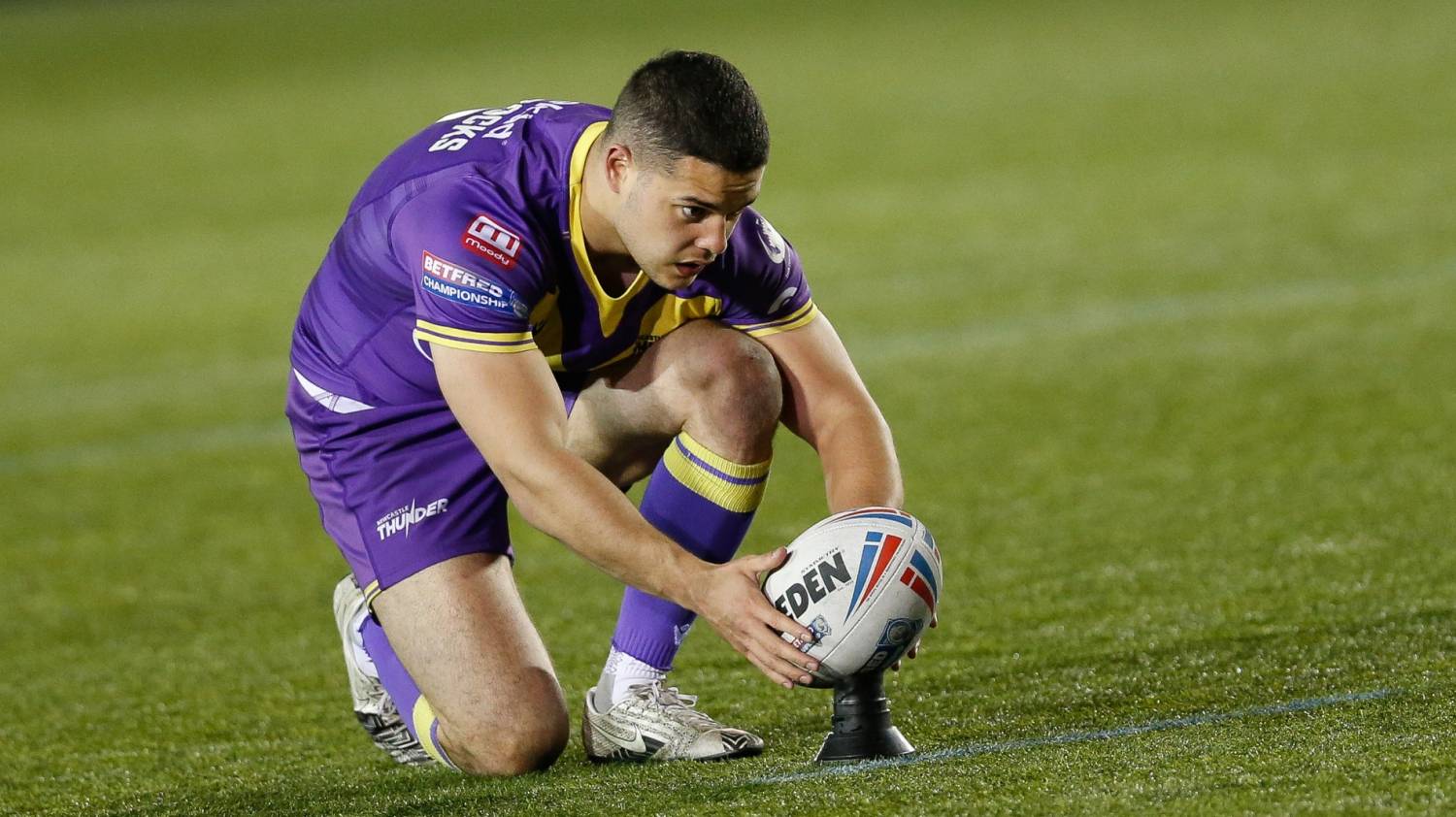 Jake Shorrocks says Newcastle Thunder can expect a tough challenge in their Betfred Championship clash with London Broncos on Friday evening, as they undertake their longest way trip of the season (KO 19:45)

The Broncos secured a first win of the season in their last home game against Dewsbury Rams, as they built on steadily improving performances in recent weeks to close the gap between them and escaping the league’s drop zone.

Thunder meanwhile are bolstered by the return to fitness of six members of their squad, including Shorrocks himself, with the half-back confident of the boost that will provide.

Speaking to ThunderRugby.com Shorrocks said: “London have had some tough results recently but if you look at the performances, they have been there or thereabouts and have just been unlucky in terms of the score-line.

“They had a turnover of a lot of players at the start of the year and I think now it is starting to come together for them. Like I said if you look at the performances, they aren’t too far off, so the league table probably doesn’t tell the true story for them, so we are expecting a tough challenge

“There are some big ball carriers in their squad and some individuals who can do some good stuff for them, so we have to make sure that we are on from the get-go. It always is a tough challenge when you go down to London, with the physicality that they bring.”

Heading to the capital looking to bounce back from recent defeats, Shorrocks adds that Thunder are challenging themselves to respond positively by working hard and earning the points they need to move up the Betfred Championship table.

“We try to win every game but coming off the back of three losses we need to turn it around a little bit.  We’re not happy with those so we have to put in a good performance and build on what has been good, which will hopefully bring us the bonus of the two points.

“The lads who are coming back are going to bring a lot of quality and that is obviously going to be a plus for us. Those that have stepped in whilst those guys have been out have done a good job and gained some good experience, but we’re obviously all happy to be back and available for selection.”