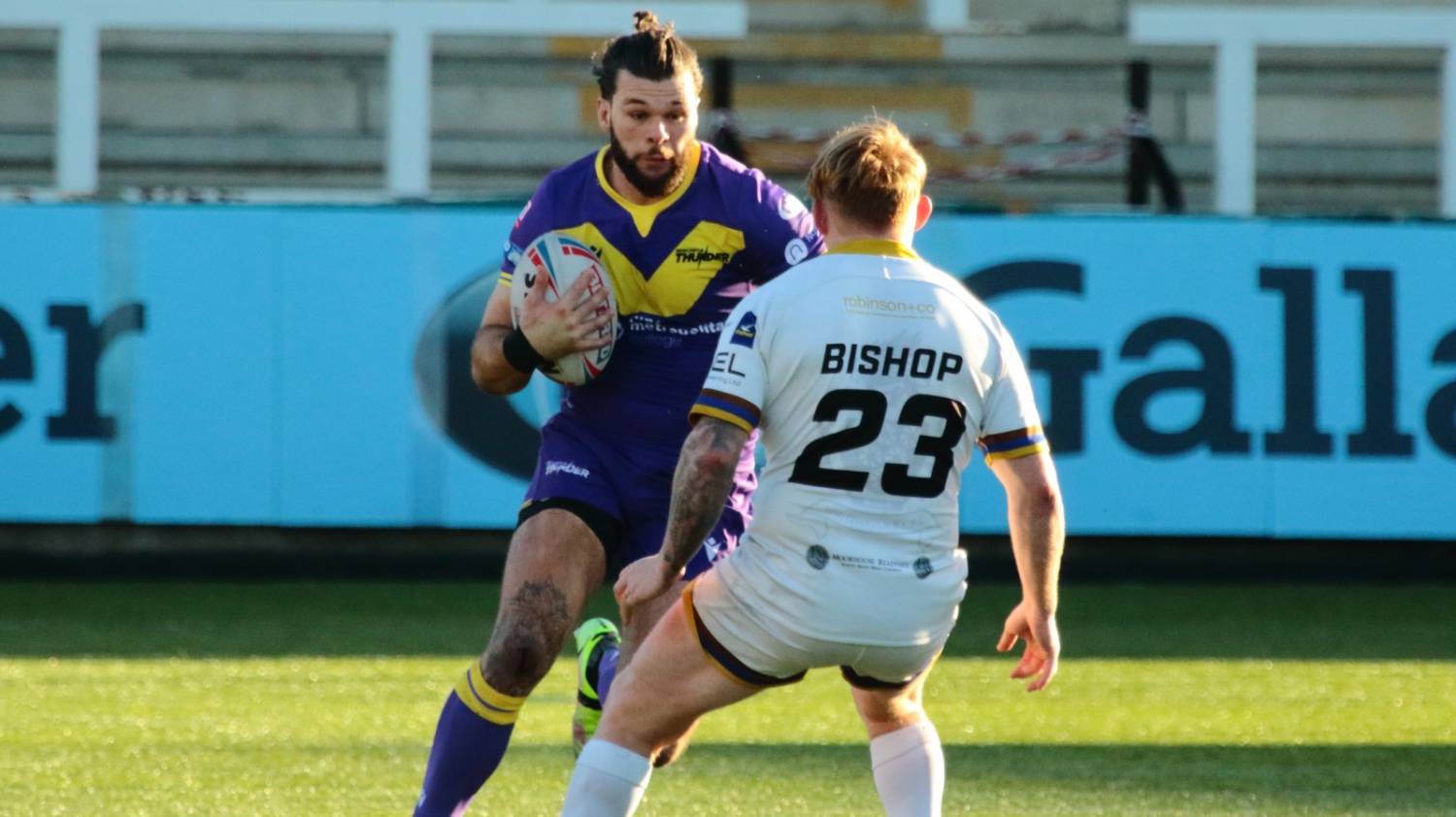 Newcastle Thunder have been handed a timely fitness boost ahead of the Betfred Championship visit to London Broncos on Friday evening (KO 19:45pm) with six players returning from injury and available to select.

Ta’ai is in line for his first involvement of the season if selected for Friday’s match, having required surgery on a knee injury over the winter, while Woods would make his first appearance since the round five clash with Leigh Centurions.

The club captain has been ruled out since then after requiring surgery on an ankle injury sustained during pre-season.

Elsewhere, Jake Shorrocks has recovered from the hamstring niggle that forced his late withdrawal from the match against Halifax Panthers at the end of April.

Jack Johnson continues to recover from the aggravation caused to his hamstring injury against Sheffield Eagles, while Jay Chapelhow and Jesse Dee remain unavailable.

After being named in the England Knights training squad, season-long loan Matty Nicholson returns to his parent club Wigan Warriors as they manage their schedule in the build-up to the Betfred Challenge Cup final.

Loanees Jack Croft and Sadiq Adebiyi remain with Thunder this week, whilst Callum Field’s two-week loan from Featherstone Rovers concluded with the prop signing for Widnes Vikings for the rest of the season.

Thunder will confirm the 17-man squad for the game at 18:45 on Friday.