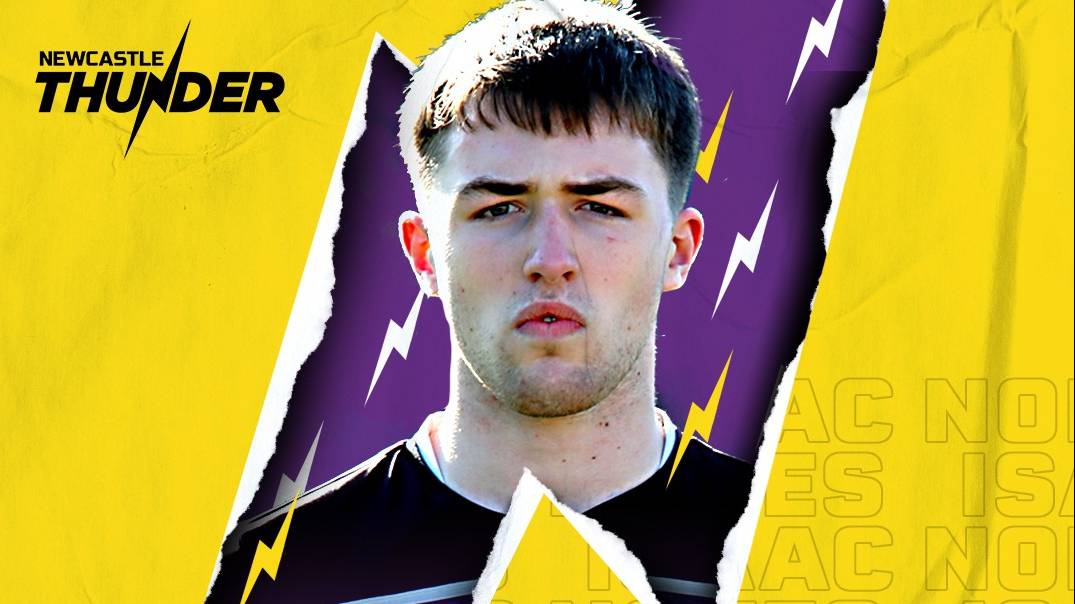 A breakthrough season in 2021 has reaped its reward for academy centre Isaac Nokes, with the youngster claiming a Newcastle Thunder first team contract.

Nokes made his competitive first team bow in the 24-16 win over Sheffield Eagles back in April and went on to make five appearances over the year, as he became the latest north east talent to play first team rugby with Thunder.

Joining the club’s academy at U15 level back in 2017 the 20-year-old began playing rugby league when he was 11 at Wallsend Eagles before spending much of his time coming through the ranks of Cramlington Rockets.

Proving to be a highly capable player throughout his academy progression, his abilities have seen him selected for England’s youth squads and feature for the England academy side against Wales in 2019.

Growing throughout the season in 2021, Nokes scored his first senior try as Thunder secured a first-ever away win over Oldham in September and is eager to continue to make his presence felt in 2022.

Nokes said: “I was pretty happy to get the chance to play last year and then to be asked to move into the first team.

“I wasn’t really sure what to expect from a full-time environment, but it’s been a really smooth transitions getting back into it and the set of lads has made it special as well.

“I want to get more first team games next season, there is plenty of top competition but hopefully a proper pre-season rather than with the U19s can help me challenge to be involved.

Eamon O’ Carroll said: “Isaac is hopefully going to be a big part of the club in the years to come and I’m delighted to have him in first team squad for next season.

“He is a well-liked member of the squad and played really well for us when we asked him to and in all honesty, was unlucky not to be involved in more over the year.

“There is plenty of development for him to do but from what he has shown up to know with the academy, he has all he needs to do that.

“I’m looking forward to seeing him make the most of the opportunities that being part of a full-time squad will offer and I expect him to kick on further this year.”

With an exciting squad assembled, pre-season training in full flow and fixtures for the 2022 season announced, now is the perfect time to invest in a 2022 season ticket membership.

Starting from just £190 for adults and covering all 13 Betfred Championship home fixtures, full details on packages (including the returning Premier Season Ticket Membership option) can be found here.