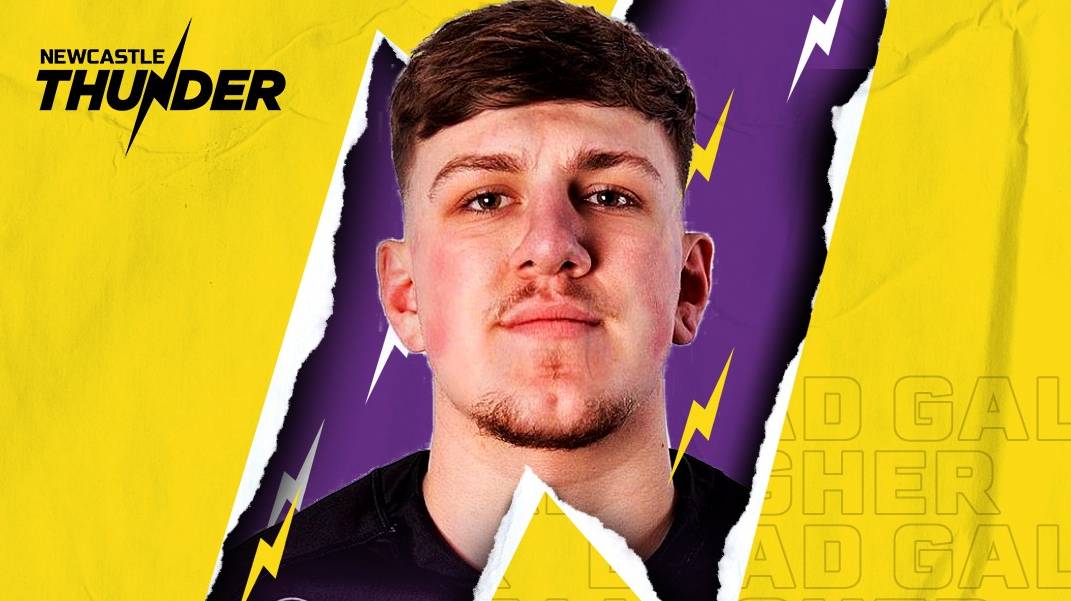 Newcastle Thunder have secured the signing of talented back row Brad Gallagher from Bradford Bulls for the 2022 Betfred Championship season.

A product of Bradford’s academy, Gallagher performed excellently in the junior grades and made his senior debut for the Bulls in 2019.

Signing a two-year deal with the club in 2020 after impressing coach John Kear in his initial outings, he made a total of 12 appearances for his hometown club.

The last of these came in July as he lined up in a squad that threatened to derail the Featherstone Rovers juggernaut at Odsal, losing out by just a solitary converted try after 80mins.

Following limited opportunities over the second half of the season, it was announced in October that club and player had decided to part ways, with Thunder moving to bring the 21-year-old to the North East.

An aggressive and strong ball carrier, Gallagher offers a physical presence and versatility with his ability to play in the middles.

Responding to the overtures made from Thunder, it was the club’s early interest that played a key role in his decision to move up to the north east.

Speaking on the move, Gallagher said: “Coming up and speaking to Freddy and Denis, they sold it to me pretty well. The facilities Thunder has, the buzz around the place, the future looks like it’s going to be good for the club and that’s something that was really attractive to me.

“I want to play week in week out, obviously there is tough competition there but that is what you need and I’m looking forward to the challenge.  I feel like there are a lot of people I can learn off in this group, both as a player and as a person.”

Head coach Eamon O’ Carroll said: “We saw Brad early on in the year and liked some of the things he had done so when he became available, we were keen to bring him in.

“He brings a physical presence and something that we were looking to add to our pack, he likes to be involved and he promotes the ball well.

“Defensively, he looks to get stuck in which was one of the reasons we went to get him. He has some energy about him, he speaks well for a young bloke and he looks happy, so looking forward to seeing what he can do going up to the season.”

Season ticket memberships to enjoy all the Betfred Championship action at Kingston Park Stadium are now on sale, with adult prices starting from just £190 for 13 games.

Click here for more information and details of how to purchase.