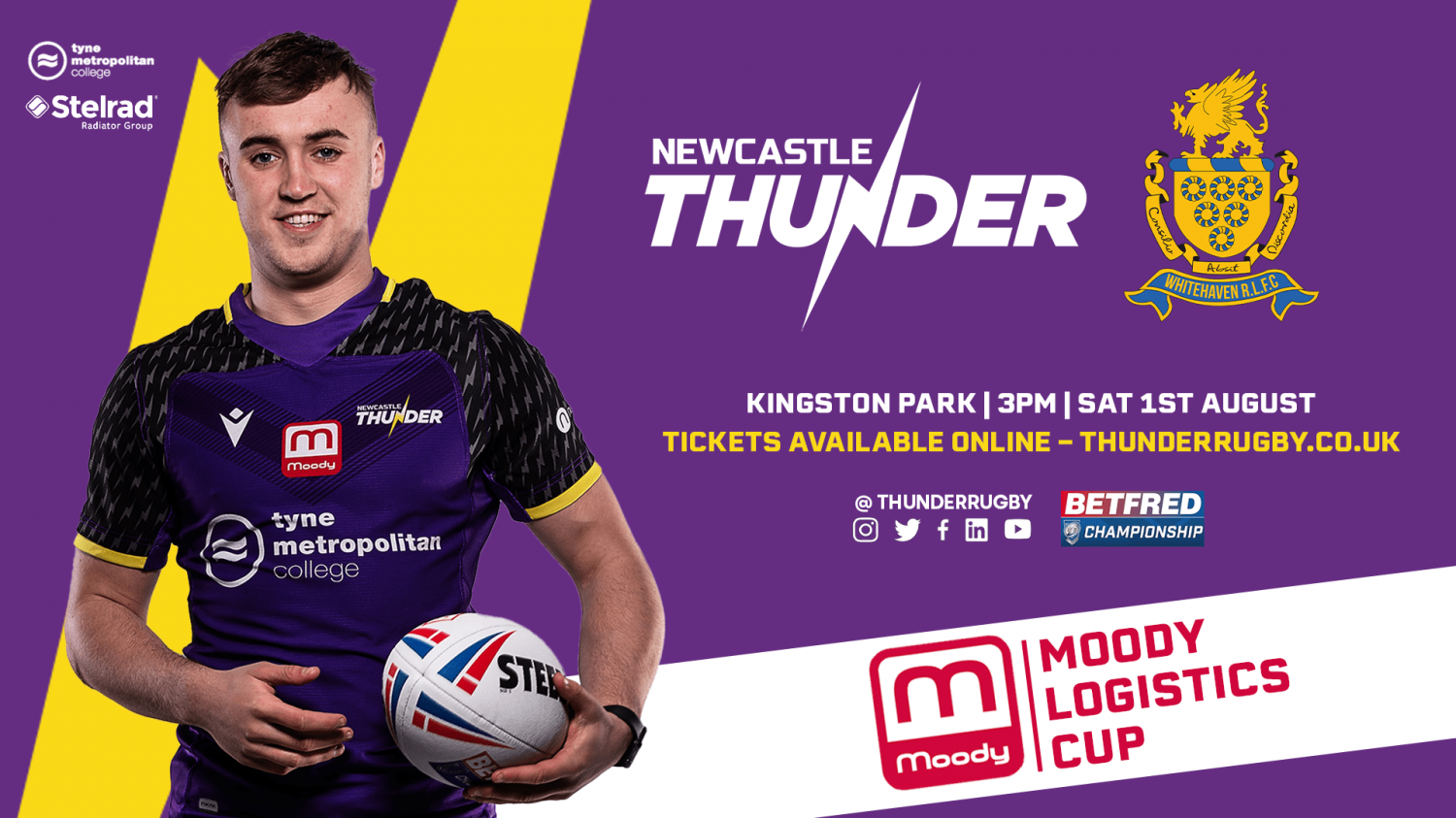 Tickets for Newcastle Thunder’s remaining home matches in this season’s Betfred Championship are now on sale, as the club announce updates to its match-day operations regarding spectator access.

With social-distancing requirements now lifted the club have adopted a general admission approach to ticketing for the rest of the season, allowing supporters freedom of where to watch the game.

Fans can choose to either sit in the main West Stand with blocks from the centre line to the northern end of the ground open, or stand on the North Terrace with tickets granting access to all open areas.

Supporters are encouraged to book their tickets in advance, with a generous £5 saving on full adult and concession match ticket prices available to all bookings made by midnight on the Wednesday prior to each fixture.

As for the games against Halifax, Oldham and Dewsbury, there will be no match-day sales available for the August 1 clash with Whitehaven, with details to be confirmed for the remaining four fixtures after.

The lifting of restrictions has allowed the club to make the process of booking tickets even simpler with supporters now able to purchase multiple tickets under one account.

Tickets for all five matches can be booked now via the online box office in by clicking here.

To make tickets accessible to all supporters, the ticket hotline (0871 226 6060) will again be manned in the build up to the games, with phone bookings able to made during the following times.

Calls to this number cost 10p per minute from a landline plus your operator’s standard access charge.

In addition to match tickets, hospitality packages have been announced for the matches against Bradford Bulls on August 14 and York City Knights on September 3, with full details available here