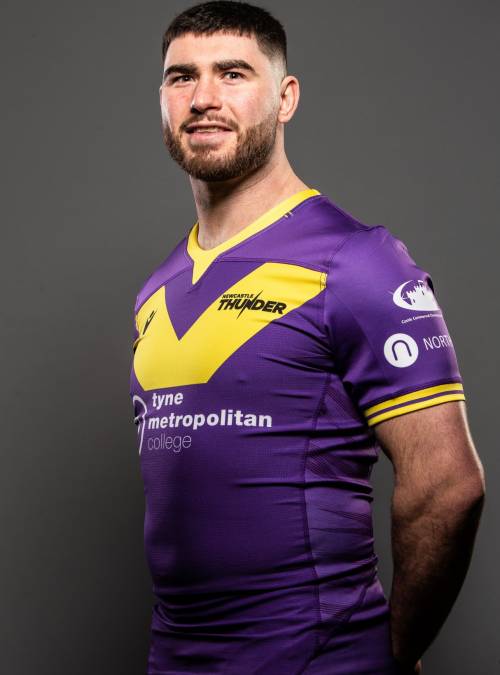 Capped twice for Ireland to date, Pat joins Thunder from London Broncos and is a product of Warrington academy.

He made his senior debut for the Wire in 2018’s Challenge Cup against Bradford Bulls and has played over 70 club games in his career to date,

With championship experience with Rochdale, Sheffield and Widnes as well as Broncos, he is a quality addition to the Thunder roster.

After his move to Ottawa Aces fell afoul of the Covid pandemic, Pat began the 2021 season in France with SO Avignon in Elite One.

Playing 10 games as the team finished fifth in the regular season and qualified for the end of season play-offs, he moved back to the UK in May to link up with the Broncos.

He joins former team mate Gideon Boafo in moving from the capital side to the north east for the new season and is looking forward to getting started.