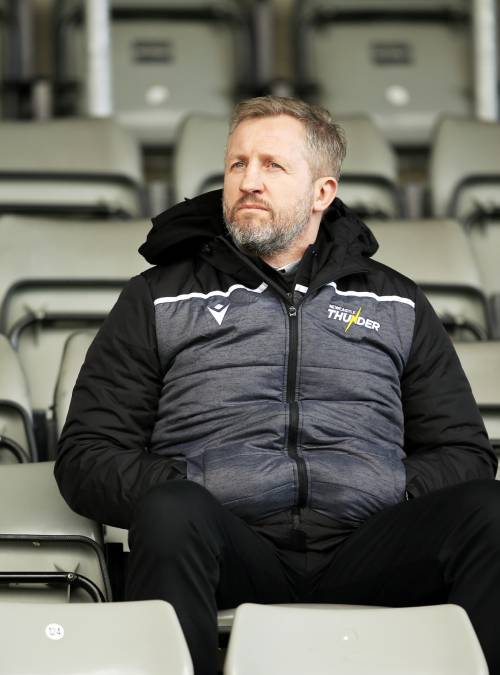 Capped 32 times for Great Britain as a player and the assistant coach as England reached the 2017 World Cup Final, Denis Betts is the man at the helm as Newcastle Thunder aim to be crowned Super League champions by 2030.

Arriving at Kingston Park Stadium in arch 2019, Betts is a hugely experienced player and coach who is responsible for all rugby matters at the ambitious north east club.

A former Super League Man of Steel (winning the accolade in 1995) and capped 36 times at international level for Great Britain and England, Betts began his coaching career at Wigan at the end of 2001.

Initially taking charge of youth teams, he became assistant coach to Mike Gregory in 2003 and took charge in 2004 when Gregory stepped down through illness.

A switch of codes to rugby union’s Premiership came in 2006 as Betts became defence coach at Gloucester, a position he would hold until moving to Widnes Vikings where he steered the club from the Championship to Super League.

Signing a new two-year deal that will take his tenure through to at least the end of 2022, Betts has been a key figure in establishing the ambitious mindset that is guiding Thunder’s current progress.