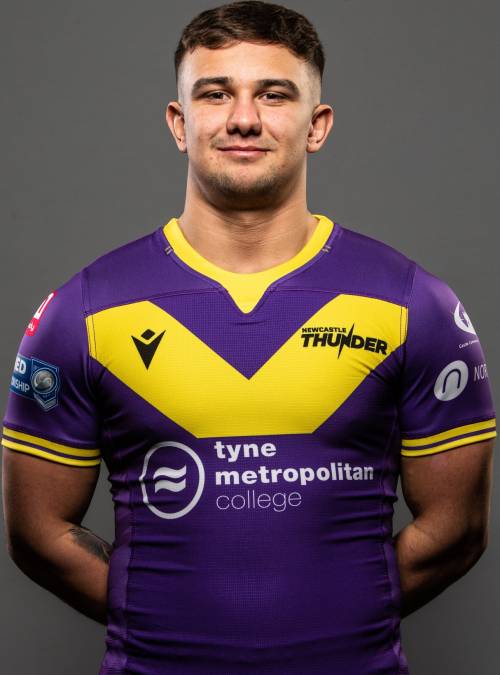 Academy player Josh McDermott has been promoted into the Newcastle Thunder first team squad for 2022, following an impressive pre-season as part of the senior set-up at the Kingston Park club.

The 18-year-old from South Shields was one of a number of the club’s junior players invited to train as part of its’ new full-time set-up this winter and has seized the opportunity, impressing both coaches and players with his work ethic and attitude.

Instead of returning to the club’s academy ranks after the Christmas break, his efforts have seen him rewarded by being assigned the number 27 jersey for the new Betfred Championship season and set him up to challenge for further game time.

Beginning his rugby journey playing as a junior at Westoe RFC, McDermott’s first steps in rugby league came with community club Gateshead Storm as a way of keeping active over the summer.

That led to him joining Thunder’s talent pathway on the club’s scholarship programme at 14 before progressing through the Under 16 and Under 19 age grades and coming to the attention of the club’s senior coaches.

His high tempo style has already been on show to fans, featuring in both of the club's pre-season outings against Barrow Raiders and Wigan Warriors.