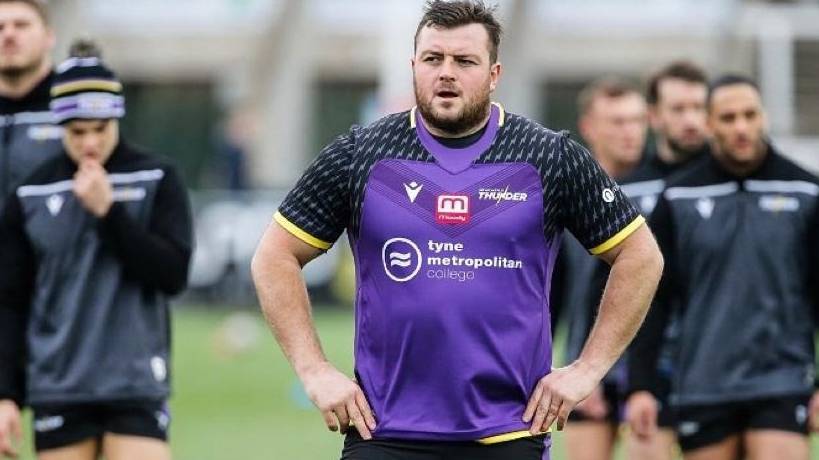 Rhys Clarke will make his switch to Cumbria a permanent one after confirming he will join Workington Town from Thunder.

The 29-year-old forward has made over 140 appearances for the club across two stints on Tyneside, but with game time limited has concluded his career will continue away from Kingston Park.

He initially took up a one-month loan to the Derwent Park side but has now joined Chris Thorman’s squad as a fully-fledged member.

Rhys leaves with the club’s best wishes for the rest of the season and his future endeavours.

Director of rugby Denis Betts said: “I’d like to thank Rhys for being a great servant of the club over the year’s he’s been here.  He has been a pleasure to work with whilst I have been here at the club and I wish him the very best with Workington and in the future generally.”

Clarke said: I want to wish the playing squad all the best for the future and would like to thank the fans for their support over the years.  It has been a hard decision to make, but at my age now I just want to play every week and I am grateful the opportunity has come along with Workington.