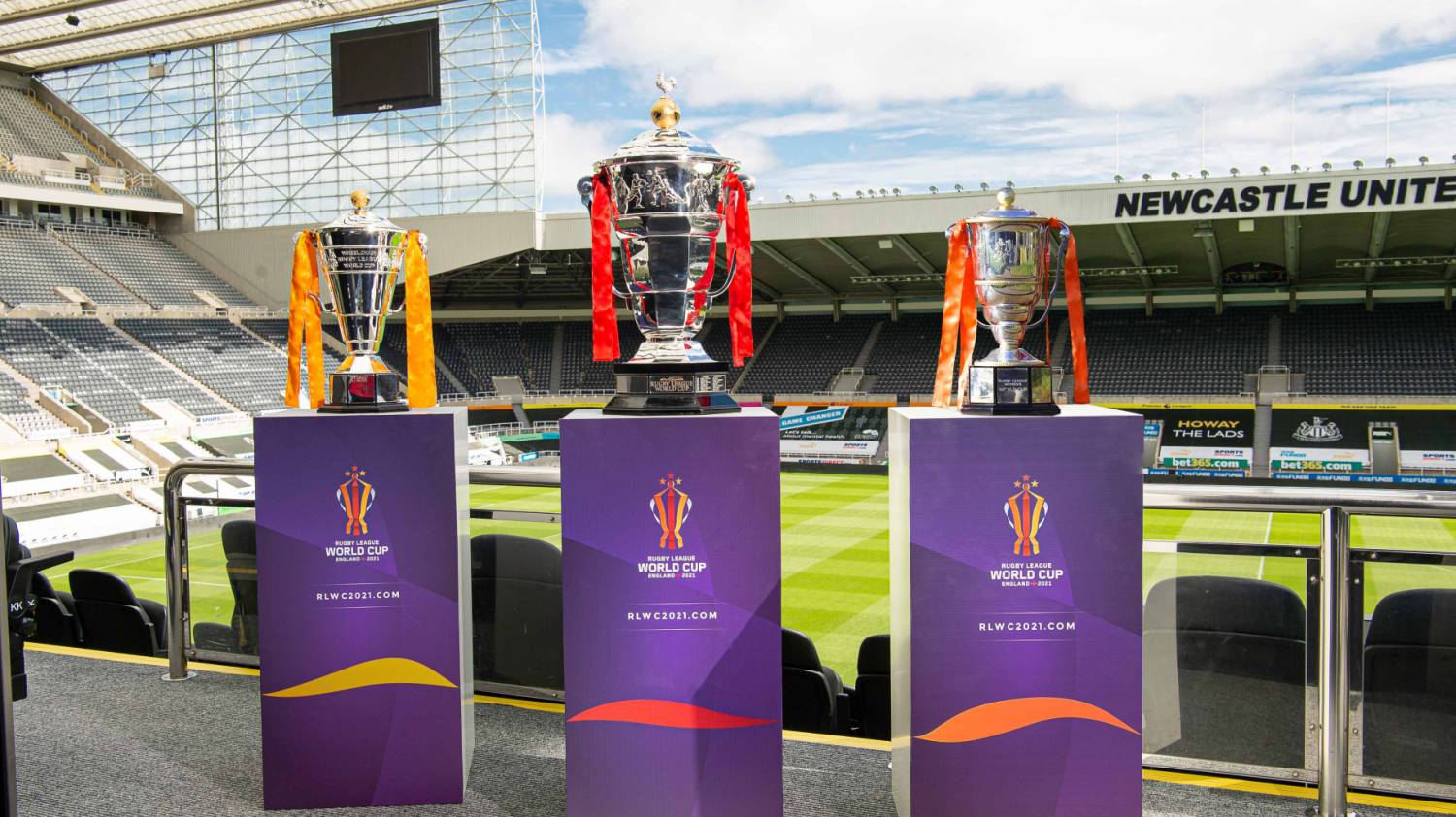 Rugby League World Cup 2021 (RLWC2021) has today revealed initial plans for the pre-match celebrations at St James’ Park for the tournament’s opening fixture between England men and Samoa, which will be known as a Tournament Welcome.

Throughout the day there will be various fan experiences taking place in and around Newcastle city centre, including the Fan Village on the Quayside and the unique Cultural Festival, which gives fans the chance to see a full story being told via various performances throughout the city centre.

In St James’ Park itself, ticketholders are encouraged to be in their seats at least 30mins before kick-off, with events on the pitch starting at 2pm with the unveiling of giant flags set by military personnel, who will also bring in large replica trophies to create a stunning spectacle as the atmosphere builds.

A headline music act, who will be announced in the coming days, will then take to the stage and perform whilst 32 flag barriers representing each nation across all three tournaments will take to the pitch.

Just before kick-off, we’ll see the official Tournament Welcome event begin with the three RLWC trophies being brought into the stadium by six individuals who represent different elements of the sport and tournament values.

RFL President Clare Balding will then bring out the women’s trophy alongside Fareeha Usman, a North East resident, who has been recognised as a voice for equality and diversity in the community via her incredible work to support asylum seekers and refugee women and families in Northumberland.

All this will also be supported by a unique fan experience in the stands which will be revealed shorty.

RLWC2021 Chief Executive, Jon Dutton, said: “The excitement is really building as we start to finalise plans for that opening fixture with two more very exciting announcements to come. The Tournament Welcome event will be a celebration of what the tournament stands for, celebrating inclusivity and social impact at the heart of the event, before we welcome some of the world’s best athletes.

“I’d like to thank the six ambassadors who will bring out the three trophies at the end of our celebration. Each individual exemplifies everything that is fantastic about our sport. Particularly I’d like to express special thanks to Fareeha for agreeing to part of our celebration. She has done some incredible work in and around the North East and is a fantastic ambassador for the region – it’s an honour to have you with us.”

Fareeha Usman, who will bring out the Women’s Trophy, added: “What an incredible opportunity to be part of such a unique and diverse celebration, I can’t wait to represent the North East at such an iconic venue. I’ve seen the incredible work the tournament has done via their social impact programme and it closely aligns to the work I have done here in the North East.”

Kevin Sinfield, RLWC2021 Ambassador, concluded: “It’s a privilege to be invited to join Jason and the rest of the ambassadors to bring out the trophies in Newcastle – from my experience of Magic Weekend up there, the place will be absolutely rocking! The full event sounds incredible and hopefully, the six of us aren’t the only English people to pick up those trophies!”