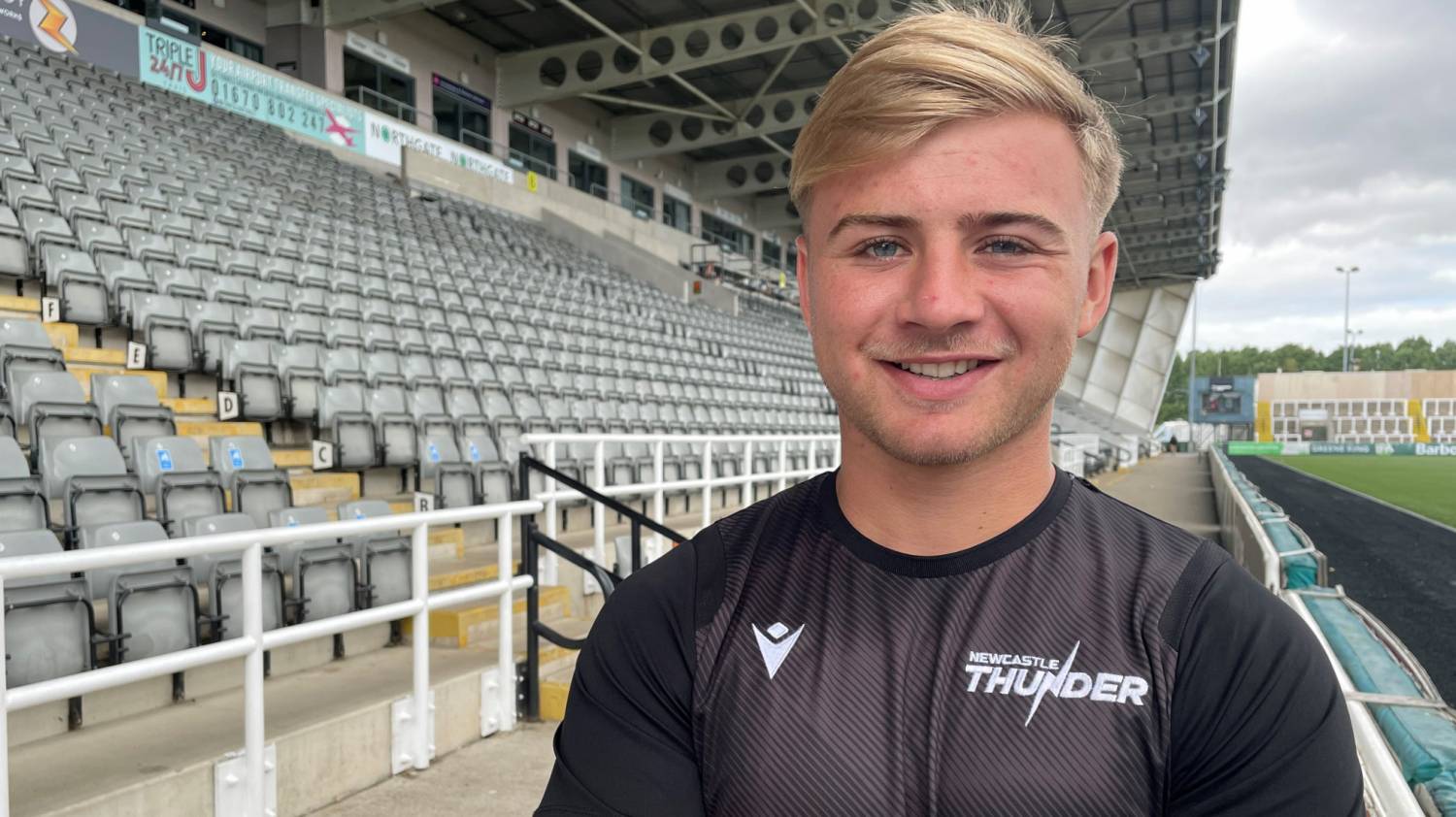 New signing joins on trial for remainder of 2022 season

Newcastle Thunder will have French flair available to call upon for the rest of the 2022 Betfred Championship season, as the club sign Thomas Lacans until the end of the season.

A highly regarded 21-year-old, Lacans has been training on trial at Kingston Park stadium in recent weeks, with his contributions seeing the club move to secure the required visas to enable him to play.

A talented young half-back, he is a graduate of the Catalans Dragons academy systems and has represented Lezignan in the French Elite 1 championship, playing alongside former Thunderman Remy Marginet.

He has played four seasons across the channel in the top French competition, making 53 appearances including 19 in the club’s victorious 2021 season and is a junior European champion, having been part of the winning French U19s side in 2018.

Starting to play the game from the age of four, Lacans has plenty of rugby league heritage to call on, with his father Cedric a Lezignan player when they were crowned French champions between 2008 and 2010.

The new signing is eligible to play immediately and may earn his first appearance in a Thunder shirt this Sunday against London Broncos, with director of rugby Denis Betts looking forward to seeing what the player can bring.

Betts said: "Thomas is a very highly regarded player who made the Elite 1 team of the year last season and is looking to test himself in England and we're very happy to have been able to offer him the opportunity to play in the Championship.

"He is a versatile player who can operate at hooker and in the halfbacks and adds some options to our squad for the rest of the season. He has been going very well in training and I'm looking forward to seeing him play."