THUNDER GET READY FOR TOWN TUSSLE 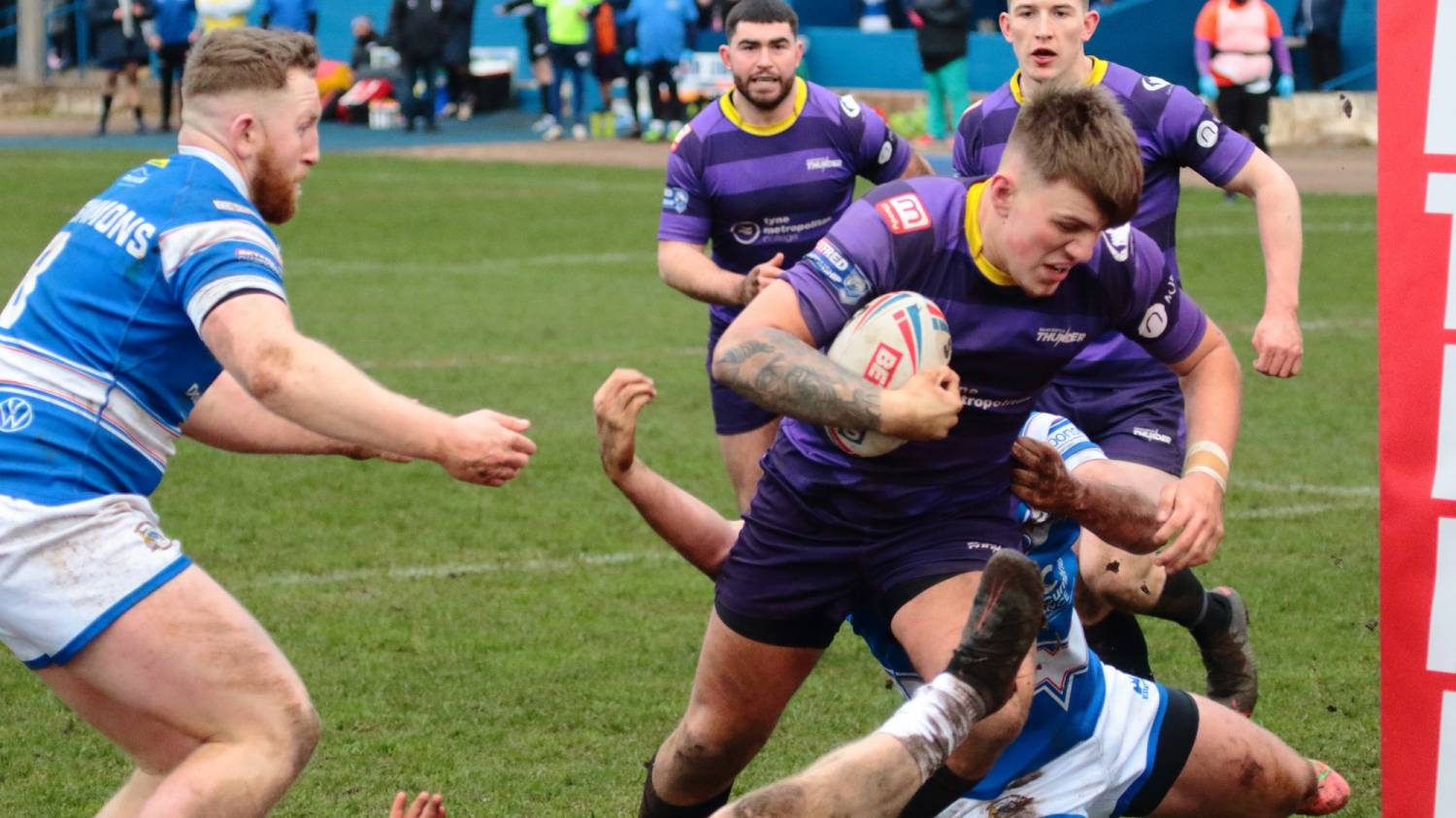 Workington Town provide the opposition for Newcastle Thunder this Sunday, as the Cumbrians head to Kingston Park for the first time since March 2020 for this week’s instalment of Betfred Championship rugby league action.

Thunder last met the Derwent Park outfit on home turf back in March 2020 in one of the few games played before the Covid 19 pandemic struck UK shores, with the north east club taking the spoils from a 30-22 win to maintain an unbeaten start to that season.

Having earned promotion to the Betfred Championship last season via the play-offs, Workington have endured a difficult campaign in 2022, with Chris Thorman’s side taking just one win in the season to date.

That came in round 13 over the Jubilee weekend live on Premier Sports as they found their rhythm to secure a precious 32-18 win over London Broncos to keep safety from the relegation spots well within Town’s reach.

The lack of results will be of particular frustration to all associated with the club as the Cumbrians have been competitive in most games played this season, pushing the likes of Barrow, Batley and Bradford before coming out on the wrong and of the score line.

Always a keenly fought fixture, this is the second clash between the two sides this season, after meeting on the opening day of the season.

On a suitably wintery afternoon on the West Coast, Thunder were made to work hard by their hosts in front of their own fans before ultimately securing an earned 6-20 win.

With nine former Thunder players in the Workington ranks, Sunday’s match at Kingston Park will undoubtedly be one that the visitors are targeting for a second win of the season, whilst Thunder will be looking to secure their first double of the season.

After making his debut for Thunder in that fixture, there is also a milestone in the offing for Alex Foster this weekend, with the former Castleford Tiger set to play in his 150th professional game should he make the team on Sunday.

The round 15 tie is just one part of a full day of rugby league on Sunday, with a pre-match veterans fixture and post-match Reserves clash with Wakefield Trinity also taking place and all included in the price of admission.