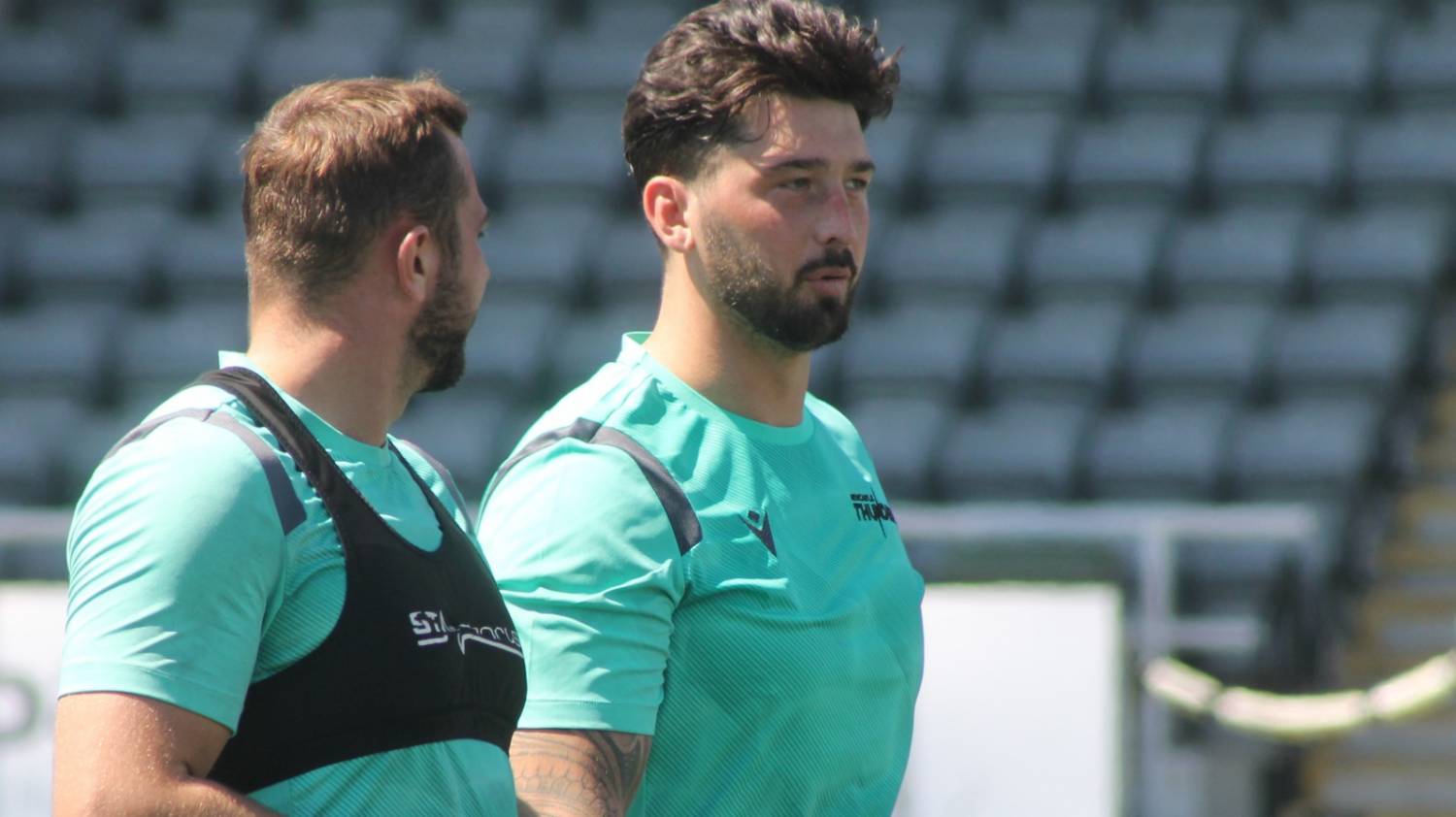 A back-row/loose forward, Roberts has signed on terms that will see him play at the north east club until the end of the 2024 season and is eligible to make his Thunder bow at home this weekend against Workington Town.

A strong carrier and off-loader, Roberts is keen to become one of Thunder’s on-field generals and drive his team around the park.

A product of the Bradford Bulls academy which he joined at under-15s level, he earned his first three-year professional contact at Odsal ahead of the 2013 season.

After two years at the club, he secured a switch to the Giants for whom he has made 96 appearances in all competitions including three starts during the 2022 campaign.

With a total of 111 top-flight matches worth of experience, Roberts has also earned nine caps for Ireland since making his debut in the 2015 European Cup against France.

He featured in all three of the Wolfhounds group games at the 2017 World Cup and could represent them again at this Autumn's tournament in England.

Lining up with his new teammates for the first time in training on Monday, Roberts is looking forward to getting started at his new club.

“Thunder are an appealing club with what Denis and they are pushing towards building. It’s a full-time club and they are going about building the right way, steady towards Super League and I am looking forward to being part of that over the next couple of years.

“I want to be a bit of a general, I’m 27 now and I’ve been playing full-time for ten years now so I want to be one of the leaders of the boys and getting the middles around the field.

Newcastle Thunder director of rugby Denis Betts said: “We’re delighted to have secured Ollie. He is a player that we have been working to sign for the next two seasons so to be able to bring him in for the remainder of 2022 is very welcome and I am very grateful to Huddersfield for releasing him so we can do that.

“He is a big player who will bring a lot of experience to our group, and I am really looking forward to working with him.”