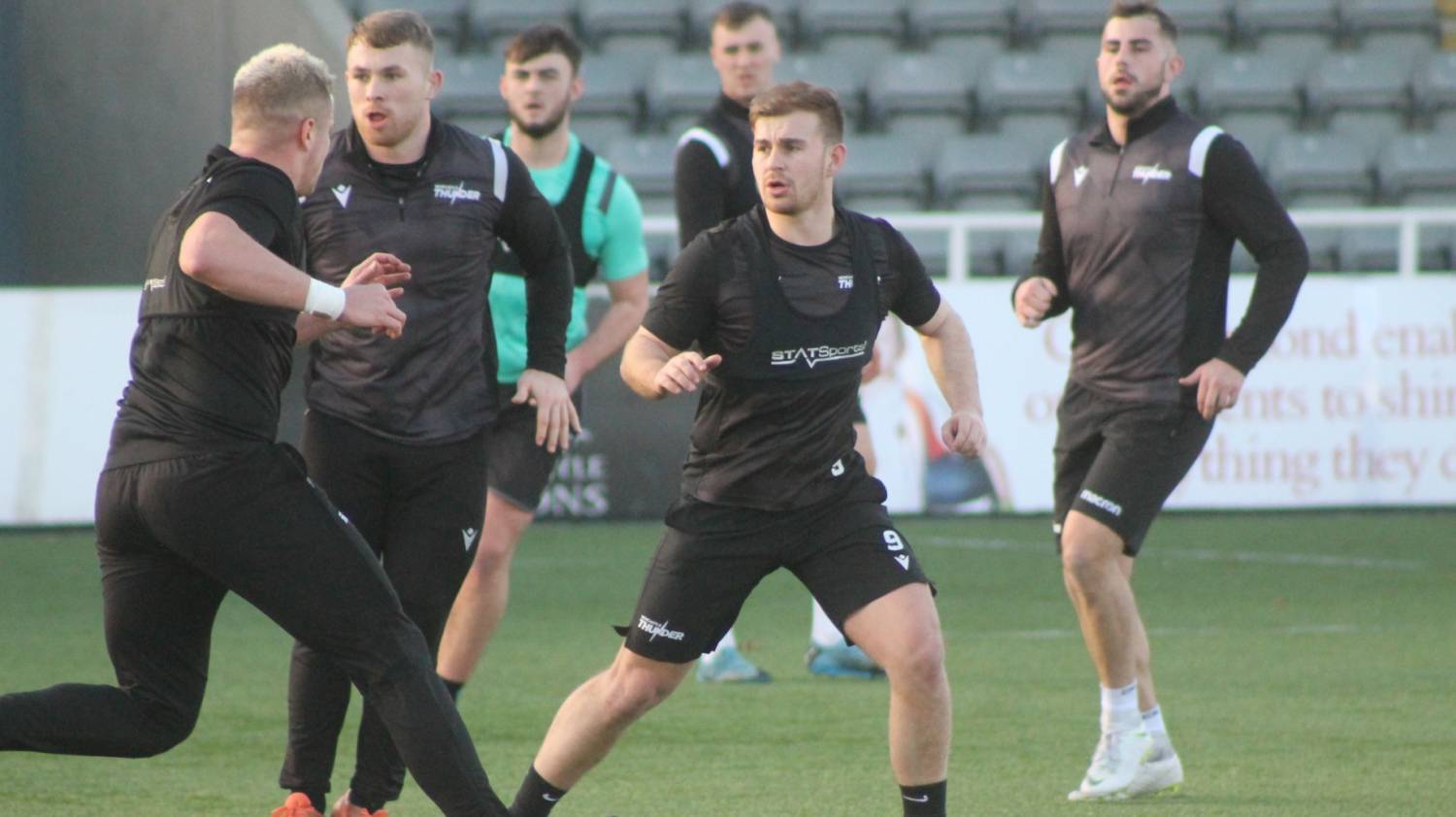 After two months of intensive pre-season training, Newcastle Thunder get their friendly programme underway this Sunday, with a trip to the Furness Peninsula to face Barrow Raiders.

Thunder returned to pre-season back at the start of November, with director of rugby Denis Betts and head coach Eamon O Carroll taking charge of a new look, full time squad.

Since then the squad have been building towards the new Betfred Championship season, with the match at Craven Park the first of two hit outs in the space of eight days.

The first match between the two sides since 2017 in Betfred League 1, Sunday’s friendly will be an opportunity for both teams to size each other up ahead of their round three Championship meeting in February.

Tickets for the clash in Cumbria are available to book now by clicking here as well as on match day at the ground, with adults priced at £12 for adults, £10 for over 65s with juniors free.

A week later, fans get their first chance to see the new-look Thunder in action at Kingston Park with Wigan Warriors making the trip to the north east on January 23 (KO 3pm)

2022 marks the start of a closer partnership with the Betfred Super League giants, with Thunder enjoying dual-registration status with the Cherry and Whites and the warm-up making the most of the links.

Kicking off at 3pm the match is set to feature extended squads as both sides look to give opportunities to an array of players on their books.

For the Thunder side, further interest comes with former Warriors Mitch Clarke, Craig Mullen, Jake Shorrocks, Josh Woods and Nathan Wilde, along with Denis Betts and Eamon O’Carroll going up against their old club.

All 2022 season ticket memberships purchased before January 1st have access to the Wigan pre-season friendly included, with tickets due to be sent to supporters w/c January 17th.

Having put in the hard work in training, head coach Eamon O’ Carroll is looking forward to seeing his charges in action for the first time.

O’ Carroll said: “We’re delighted to have two friendlies against quality opposition as part of our pre-season plans and it will be a good opportunity to get some game time in before the season starts.

“As usual in these sorts of games, there’ll be a chance to play extended squads and get a good look at everyone in a match environment.

Season tickets for the 2022 Betfred Championship remain on sale and offer the most convenient and best value for money to enjoy all the action from the competition this year.

Starting from just £190 and offering a host of additional benefits, season ticket memberships can also be paid for using finance from Orchard Funding, allowing supporters to spread the cost over six months.

Further details on season ticket membership packages and instructions on how to book can be found here.