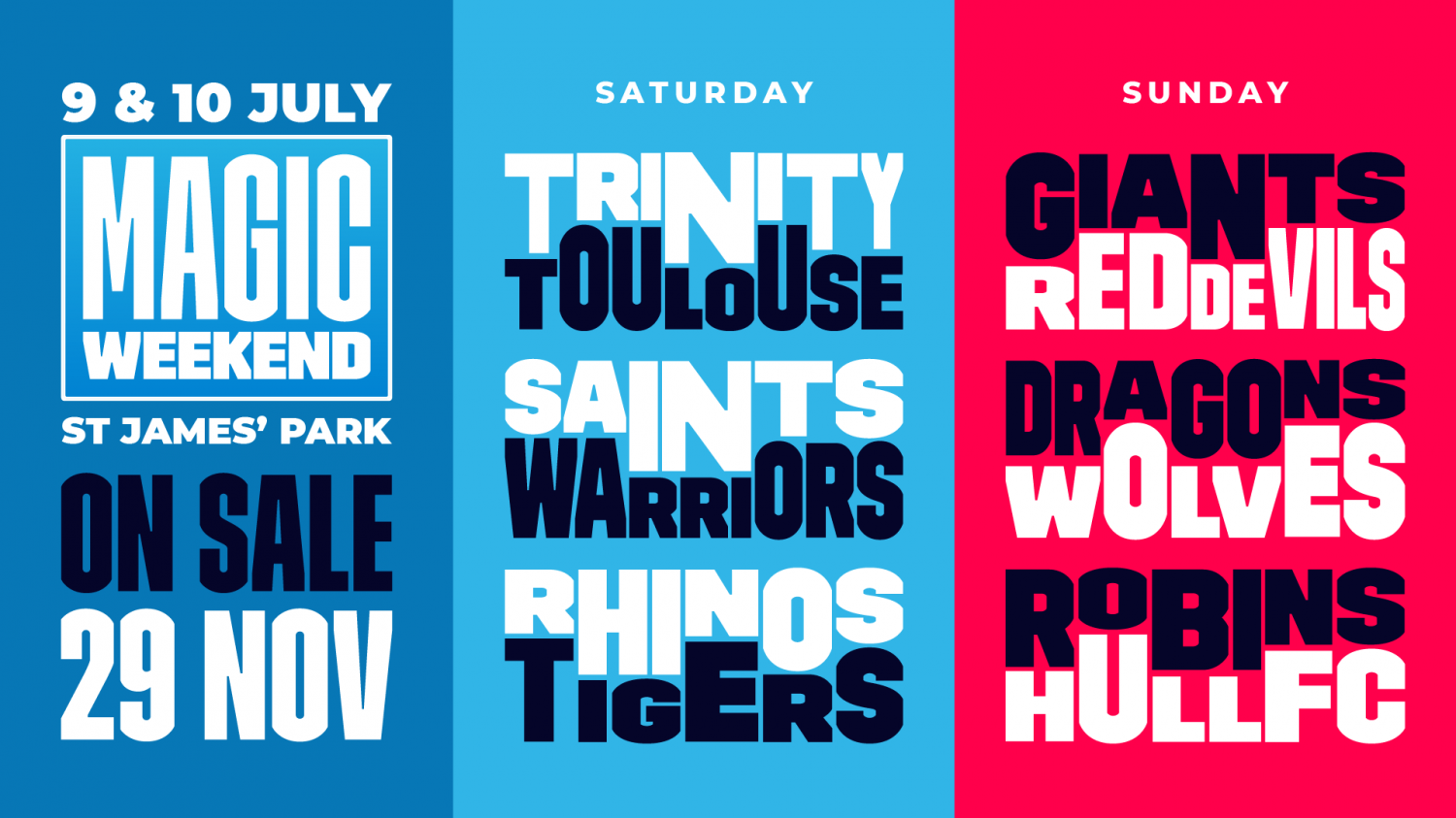 A fantastic weekend of Betfred Super League action awaits fans at St James’ Park, Newcastle and for the first time ever Magic Weekend will be played in the middle of Summer with the event taking place on 9 and 10 July.

The event will be hosted by Newcastle United for the sixth time, having first been held in the North-East in 2015.

Super League chief commercial officer, Rhodri Jones said: “It was great to be back in Newcastle in 2021, and even more so with fans back in the stadium. We are delighted to be returning to St James’ Park in 2022 and I must thank the football club, Newcastle City Council and NE1 for showing us so much support.”

“I look forward to seeing the stadium, fan zone and city brimming with Rugby League fans again next year.”

Cllr Ged Bell, cabinet member for development, transport and neighbourhoods at Newcastle City Council, said: “Magic Weekend has firmly cemented itself as one of the highlights of Newcastle’s sporting calendar and I’m delighted that this festival of rugby league is returning to Newcastle in 2022.

“It’s always brilliant to see fans from around the country assemble in Newcastle for an incredibly vibrant and enjoyable weekend. They pack the stands of St James’ Park and provide a bumper weekend of trade to the bars, restaurants, hotels and shops in Newcastle and the wider region.

“With this taking place alongside the rearranged Rugby League World Cup which kicks off in Newcastle next year, our relationship with this great sport is set to go from strength to strength in 2022.”

Magic Weekend fixtures have been kept to the same format used in previous years, where teams are matched based on the position they finished in the league the previous season.

Tickets for the 2022 Magic Weekend will go on sale from 9am on Monday 29 November via superleague.co.uk.

Season ticket holders can claim a 50% discount on their ticket when purchased via the club. Please see your club’s website for information.