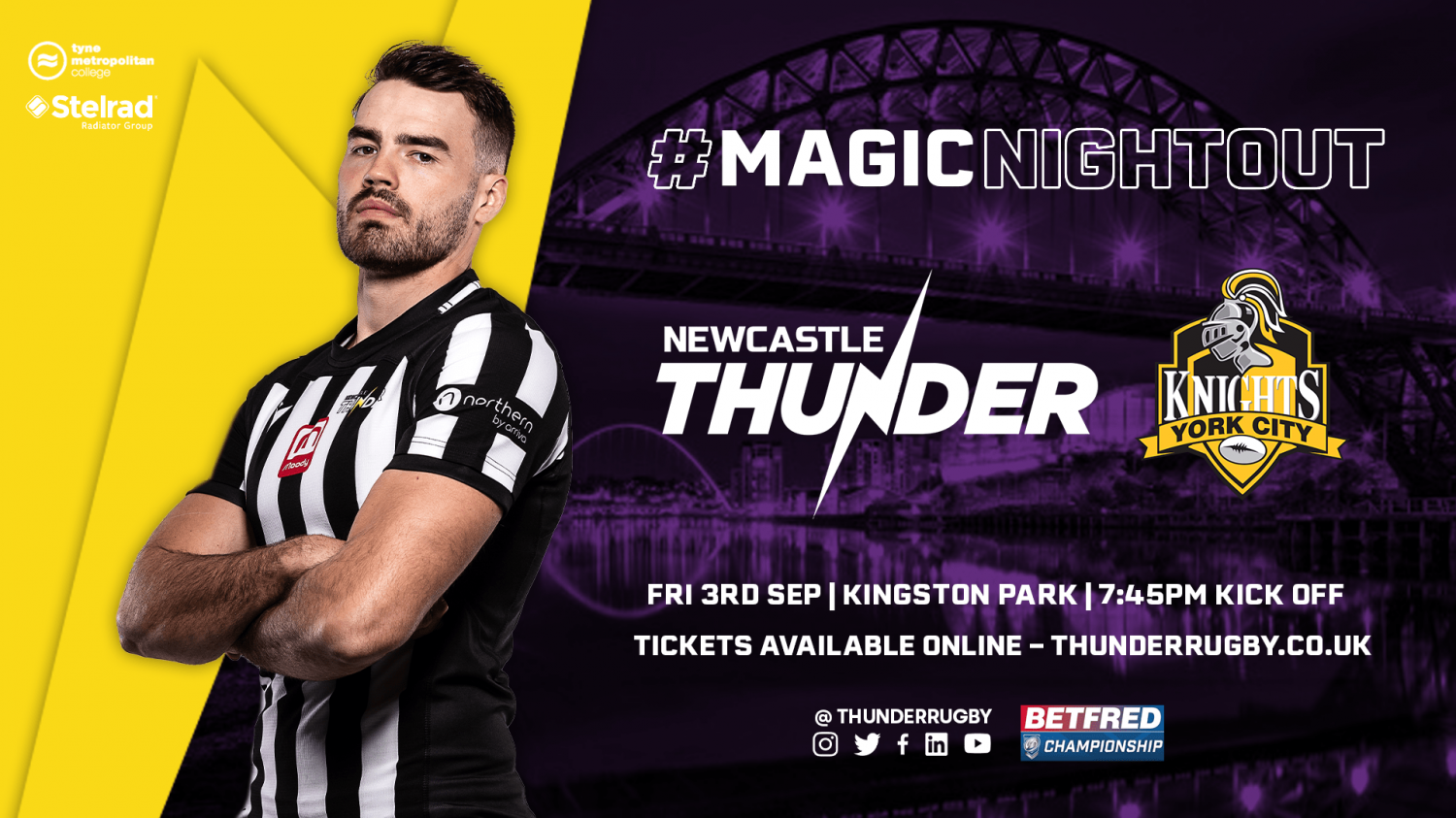 Newcastle Thunder have made four changes for Friday night’s visit of York City Knights, with new loan signing Tom Spencer on of the incoming members of personnel.

Spencer has moved to Thunder from Leigh Centurions for the remainder of the 2021 season and could get his first taste of Thunder action if selected for the Magic Weekend curtain-raiser.

All of the changes for this weekend come in the pack, with Owen Harrison, Cole Oakley and Nathan Wilde also available for selection having been ruled out of last weekend’s trip to Dewsbury.

With a settled selection in prospect, winger Alex Clegg will take a further step towards his 50th appearance for the club should he be named in the team, while Jack Johnson and Kieran Gill should continue to jostle for bragging rights as the club’s top scorer for 2021.

A hat-trick in last week’s win over the Rams moved Johnson to within one of current top scorer Gill’s tally of 12, with the centre acting as provider for two of the winger’s scores.

Having taken a nerve-jangling 26-28 win at the LNER Community Stadium back in July, Friday’s game promises to be another pre-magic thriller.

Tickets for the match are available to purchase by clicking here, or from the stadium box office on the day, with advanced pricing in place until 5pm.