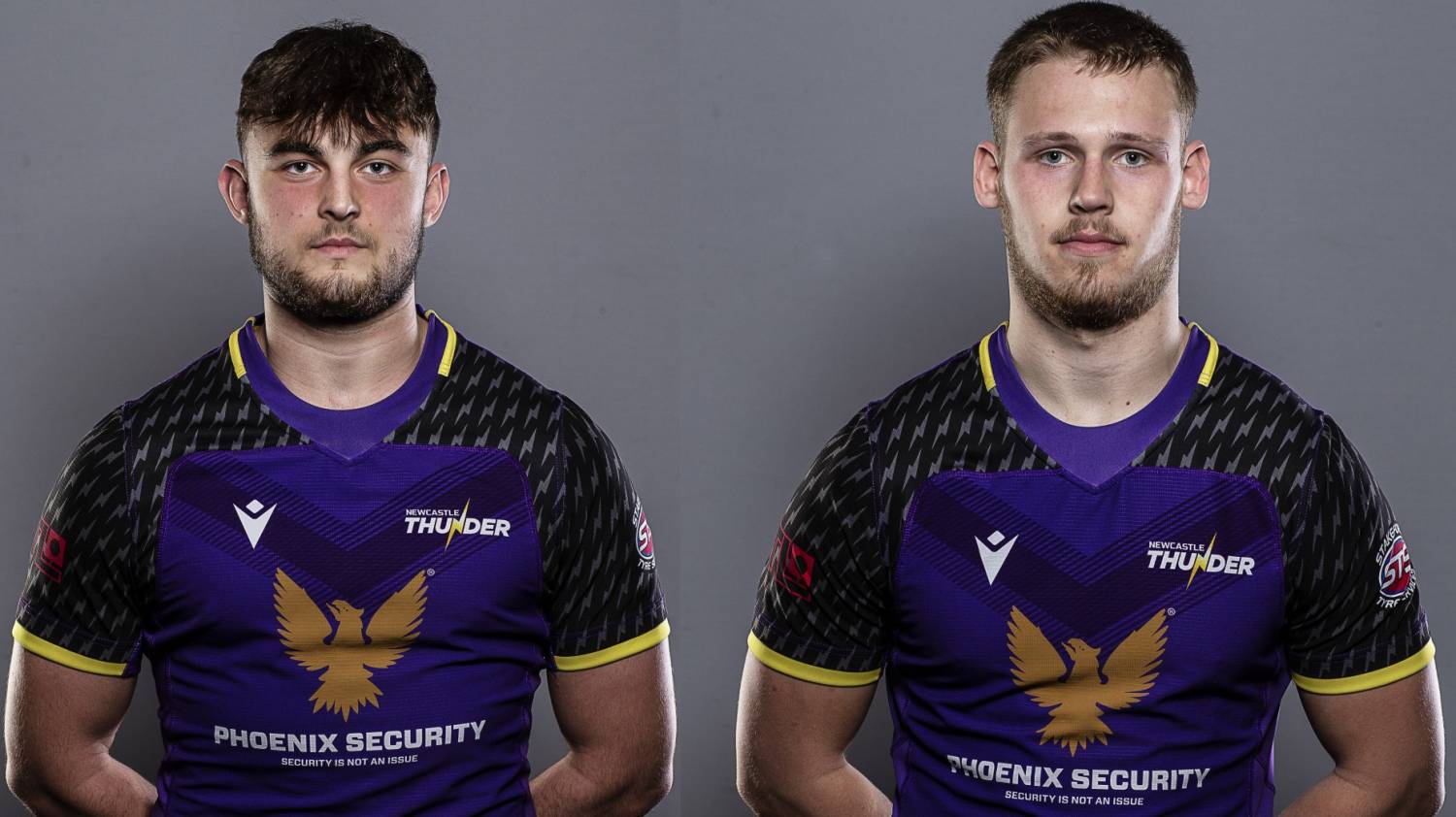 Newcastle Thunder youngsters Jake Anderson and Evan Lawther have been selected for the 23-man Lancashire origin academy squad, ahead of the match against Yorkshire on August 4.

The pair have drawn the attention of the selectors whilst enjoying strong seasons in the club’s academy matches to date in 2021.

Anderson’s form has seen him earn a call-up to the Thunder first team squad in recent weeks and make his debut for the club against Featherstone Rovers.

The England U19 international came off the bench to make his senior bow in the round 11 clash and has retained that position for the wins over York City Knights and Dewsbury Rams.

Lawther was also included in the 21-man squad ahead of the Rovers match and whilst waiting on the opportunity to take to the field with the seniors, has impressed in the U19s fixtures so far this year.

Both products of community club Gateshead Storm, their progression underlines the pathway that exists for local players to progress the careers in the north east.

Off the field, Thunder academy manager Michael Heap will also join up with the Lancashire side as part of the coaching panel for the game.

Yorkshire versus Lancashire will be streamed live on Our League at 11am on Wednesday 4 August.